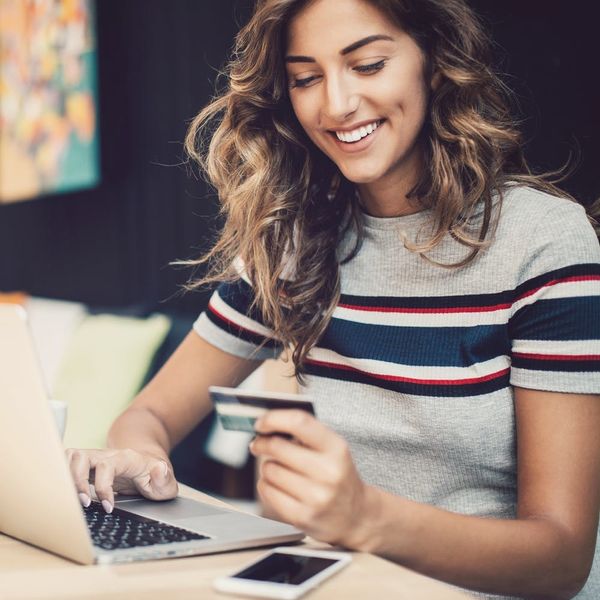 Today is Prime Day, a day when all over the world Amazon Prime members can save on a massive range of stuff. And who doesn’t like new stuff, especially for a deal? But if you already have everything you need, there are a handful of non-profit organizations and charities that could really use the additional cash to help with issues ranging from immigration to the environment and reproductive rights.

If you’re hoping to put your money to the best use today, here’s a list of organizations to consider giving to this Prime Day.

With the Supreme Court soon to be stacked with another anti-choice politician, reproductive rights advocates are confident we’ll see major damage to Roe v. Wade — it’s possible it could be repealed altogether. Here’s how you can help financially support the right to abortion right now, with just a few clicks.

Your local abortion fund: Abortion funds often operate on the state or city level, and help patients who can’t afford or otherwise access an abortion. A quick search for the name of your state or city and the phrase “abortion fund” should point you in the right direction.

There’s still a full-on humanitarian crisis for undocumented immigrants and asylum-seekers in the US. The Trump administration has been ordered to reunite families who were separated at the southern border by July 26, but it’s unlikely that deadline will be met. Here are some organizations that work directly with immigrants, asylum-seekers, and refugees.

Fianza Fund: Run by the Detained Migrant Solidarity Committee, the Fronterizo Fianza Fund posts bond so that detained immigrants can be freed from detention. Donating to this fund is a great way to make a direct impact for immigrants who are currently incarcerated.

Families for Freedom: Families For Freedom is a New-York based organization made up of and led by individuals and families who are currently in or have been in immigration detention. The mission of FFF is “to repeal the laws that are tearing apart our homes and neighborhoods; and to build the power of immigrant communities as communities of color, to provide a guiding voice in the growing movement for immigrant rights as human rights.” Send them a donation here.

No More Deaths: No More Deaths works to eliminate suffering and deaths for undocumented immigrants and asylum-seekers crossing the US-Mexico border. Getting to the US can be a treacherous journey for many, so consider giving to No More Deaths here.

The Trump administration has already undone some of the progress made to combat climate change and protect the environment. Meanwhile, Puerto Rico is still suffering the impacts of Hurricane Maria, and indigenous tribes and activists are working through the legal troubles for protesting against the construction of pipelines.

Hurricane Maria Community Recovery Fund: Puerto Rico is still in need of assistance to recover from the devastating impacts of Hurricane Maria. All of the donations given to the Fund “support immediate relief, recovery, and equitable rebuilding in Puerto Rico for the communities hit hardest by the storm.” You can donate here.

Greenpeace: Greenpeace is a decades-old international organization that works for a variety of environmental rights issues. Among their many ongoing campaigns, Greenpeace is also being sued for their role in supporting water protectors who fought the DAPL. Give to Greenpeace here.

All of these organizations and funds are doing important work that ultimately helps everyone. While some people think that giving money isn’t doing much to help, giving directly to groups led by and that serve vulnerable communities can make a huge difference.

However, if there’s a deal you just have to have on Prime Day, consider activating AmazonSmile. Through this program, you can donate to one of a few charities pre-selected by Amazon every time you make an eligible purchase. To select a charity and make a purchase, head to www.smile.amazon.com.

Elizabeth King
Elizabeth King is a politics, history, and culture writer based in the Twin Cities. She is generally pretty cranky but still enjoys traveling, music from the early 2000's, and plotting the resistance. Feel free to say hi on Twitter at @ekingc or check out some of her work at www.elizabethcking.com.
Amazon Prime Day
Current Events
Amazon Prime Day Environment Immigration Womens Health
More From Current Events