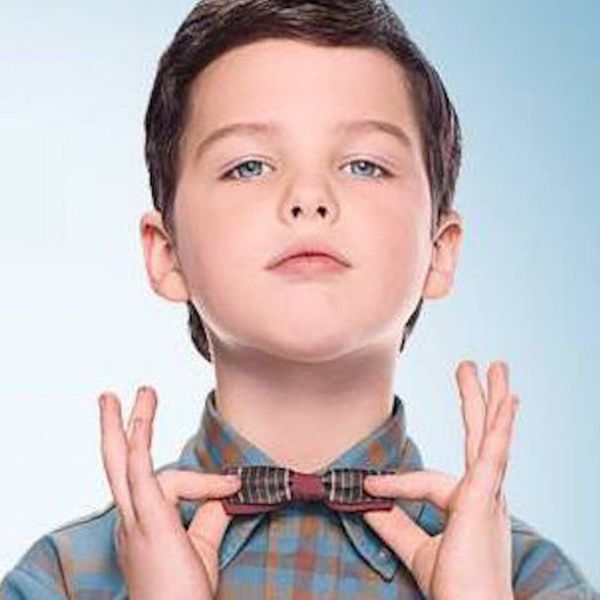 If you’re still reeling over the fact that Max Black and Caroline Channing won’t be getting their happily ever after on 2 Broke Girls and The Vampire Diaries will be sinking its teeth into us for the very last time, we get it: Losing your favorite TV show can be like losing an old friend. There’s no such thing as too many friends, however, so once you’ve begun to come to terms with the recent news of this fall’s plentiful cancellations, it’s time to get acquainted with all the new pals coming to your small screen come autumn. Since there are quite a few new offerings to choose from, we’ve narrowed it down to the top 10 we’re most excited to see: Check ‘em out below!

The end is just the beginning. See @lucyhale on #LifeSentence, coming soon to The CW!

1. Life Sentence: Pretty Little Liars fans will want to jump onboard with Life Sentence, Aria — we mean LucyHale’s — new series. Following a woman who has been living with cancer and expectedly numbered days who finds out she’s beat her illness, the show sees the 27-year-old take the lead as Stella, a lost 20-something trying to navigate her way through a life she wasn’t expecting to have. Part heart-wrenching drama, part light-hearted comedy, this one’s got all your bases covered. (Photo via The CW)

2. Dynasty: Despite Prince’s assurances that one needn’t watch Dynasty to have an attitude, it was THE show to watch back in the ‘80s, with a wealthy family who had plenty of interpersonal problems as its focus. Now, it’s about to get a reboot, with the genius minds behind the ‘00s hottest hit, Gossip Girl, at its helm, which means that the drama? It’s about to be BROUGHT. (Photo via The CW)

3. Will & Grace: Though this one needs no introduction, we’ll go ahead and give you one anyway: Beloved besties Will Truman and Grace Adler are returning to their rightful spot on prime time (along with their kooky pals Karen Walker and Jack McFarland) to deliver the belly laughs we so desperately need after the recent week’s headlines. The reboot will take place 11 years after the finale, and will showcase current “social issues, political issues, and be outrageous,” according to Messing. We can’t wait! (Photo via NBC)

4. Me, MYSELF & I: Borrowing the time-traveling format that seems to be working so well for This Is Us, Me MYSELF & I jumps between the past, present, and future of one man (Alex Riley) at 14 years old, 40 years old, and 65 years old as he examines what will make him truly happy and how to get there. Oh, and did we mention that Stefan (AKA the cool guy version of Steve Urkel AKA Jaleel White) also plays a supporting role? (Photo via CBS)

5. young Sheldon: There’s no denying that Sheldon Cooper is one of The Big Bang Theory’s most important characters — the show wouldn’t be the show without his dry one-liners and loveable eccentricities. Now, we’re getting a glimpse at his adolescent self in young Sheldon, the tale of how Sheldon came to be, well, Sheldon. Though we won’t be seeing much of his RL persona, Jim Parsons (who just got hitched, BTdubs), on-screen (he’s only nine in the new series, after all), he will serve as narrator and executive producer, meaning you can likely still expect the same quirky Sheldon candor we all know and love. (Photo via CBS)

6. Splitting Up Together: When Ellen DeGeneres is the executive producer, you already know you’re in for a treat, but throw in The Office’s Jenna Fischer and The Rules of Engagement’s Oliver Hudson as a couple amicably splitting up (or, as Gwyneth Paltrow might say, “consciously uncoupling”), and you’ve got a recipe for pure comedic gold. (Photo via ABC)

8. The Gospel of Kevin: This one looks kinda like Bruce Almighty, albeit with Jason Ritter in the role of the self-centered jerk being gifted with a newfound ability to help others. Just like the film, he’s also got a little help of a guardian angel, of course — although it’s still unclear who that angel will be. Cristina Alonzo, who was cast in the pilot, is currently being recast. (Photo via ABC)

9. The Resident: Newly engaged Emily VanCamp will put her quest for Revenge to rest in order to play a supporting role as nurse Nicolette on FOX’s new doctor drama (think Grey’s territory) in which a young doctor is learning the ropes from an unconventional resident named Conrad Hawkins. With Hawkins being played by Matt Czuchry (who you’ll recognize as Logan in Gilmore Girls), and plenty of heart to boot, this one looks like a tearjerker, indeed. (Photo via FOX)

10. Alex, Inc.: Zach Braff takes the show’s lead of Alex Schuman, a dreamer looking to support his family in his chosen profession as podcast king, so we’re more than confident that this family comedy will have us in stitches: Schuman is sure to face plenty of adversity on his quest for greatness, and we’re ready to savor every misstep. (ABC)

Which show are you most excited for? Tell us over @BritandCo.