This 12-Year-Old Is Running a Trump Campaign Office — Seriously 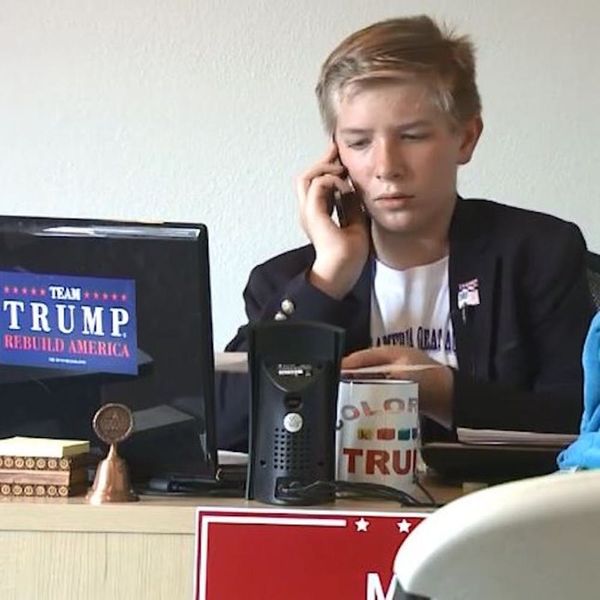 Think back to your favorite summers as a child. You’re likely picturing summer vacations with your family, adventures at camp or even just relaxing with your favorite childhood books. But that won’t be the memory that 12-year-old Weston Imer pictures when he grows up — instead, he’ll be picturing the summer he ran a campaign office for Donald Trump out of a field office in Jefferson County, Colorado. Yup — seriously.

His mother, Laurel Imer, is the official coordinator for the office, but that doesn’t stop Weston from rolling up his sleeves and doing some of the dirty work for The Donald — including, apparently, making some seriously questionable phone calls back during the RNC. According to Ben Jacobs of The Guardian, Weston Imer is the person responsible for making quite a few threatening calls to delegates who had decided not to support Trump. But, y’know, kids will be kids!

Laurel has decided to teach Weston what it’s like to work in an office, and said it’s been a good experience, according to an interview the political pair gave with KDVR. In fact, Weston apparently plans to run for the elusive Oval Office — but not until 2040. He’s even put out an offer for Barron Trump to be his running mate. We’ll just have to wait and see what happens.

Would you let your kid campaign for a presidential candidate? Tweet us @BritandCo!