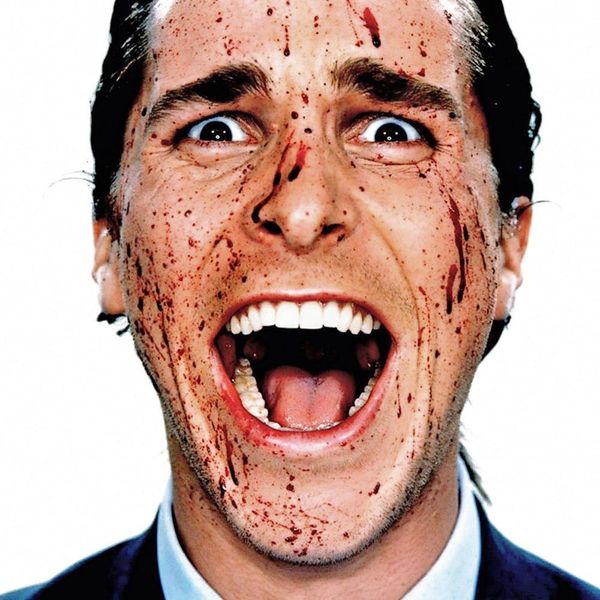 It’s the most wonderful time of the year for horror fans. For those who don’t feel like dressing up and trudging out on Halloween night, we’ve got the perfect solution: the ultimate in terrifying movie marathons. Here, we’ve got 13 of the scariest movies to get you in the holiday spirit without having to leave the couch. (May we recommend preparing some Halloween treats for the evening?) Just a warning: These aren’t for the faint of heart. Please don’t blame us if you aren’t able to sleep for the next week.

1. Halloween on Amazon: After 15 years in prison, Michael Meyers escapes on Halloween night, ready to wreak havoc on his old town. ‘Tis the season for this classic slasher flick. (Photo via Compass International Pictures)

2. Rosemary’s Baby on Amazon: Mia Farrow plays a young wife, expecting her first baby. Little does she know what’s going on on the other side of her new, dream apartment. If nothing else, watch this one for Farrow’s spot-on style. (Photo via William Castle Productions)

3. Interview With the Vampire on Amazon: Tom Cruise and Brad Pitt star in this 1994 flick, based on a chilling book by the same name. You’ve never experienced such empathy for a creature of the night. (Photo via Geffen Pictures)

4. The Witch on Amazon: Last year’s Halloween classic is now ready for streaming if you missed it in theaters. If you’re into Salem Witch Trials stuff, this horror flick was made for you. (Photo via Parts and Labor)

5. Stephen King’s Children of the Corn on Netflix: The master of the horror genre wrote this one about a group of kids who follow one particularly terrifying child and murder all the adults in town. You probably will never take on another babysitting gig ever again after watching this one. (Photo via Angeles Entertainment Group)

7. Stranger Things on Netflix: If you’ve missed the gripping Netflix original, consider this weekend your opportunity to catch up. Okay, we know it’s not technically a movie, but it’s terrifying, eerie and stars Winona Ryder. What more do you need? (Photo via Netflix)

8. The Blair Witch Project on Hulu: WE STILL HAVE NIGHTMARES ABOUT THIS ONE. Basically, in 1994, three student filmmakers went missing and all that was found of them was this footage, which was made into this movie. NO THANK YOU! (Photo via Haxan Films)

9. Amityville Horror on Hulu: There’s a valuable lesson in this movie: Never willingly choose to move into a house after mass murders were committed there. It’s not gonna be pretty. (Photo via American International Pictures)

10. Carrie on Hulu: Maybe you thought high school was bad. At least you didn’t get pig’s blood dumped on you at prom. (Photo via MGM)

11. Texas Chainsaw Massacre on Hulu: This one’s considered by many to be one of the ULTIMATE horror flicks of all time. It’s got everything you need: a trip to the cemetery, a psychopath hitchhiker and cannibals with power tools! (Photo via Vortex)

12. Silence of the Lambs on Hulu: If your prefer your horror to stay completely in your head, you need to watch this classic starring Anthony Hopkins and Jodie Foster. It puts the lotion in the basket. (Photo via Orion Pictures)

13. American Psycho on Hulu: This film instilled not only a fear of good-looking Wall Street men but PTSD every time we hear a song by Huey Lewis and the News. (Photo via Lions Gate Films)

What are your Halloween plans? Let us know @BritandCo!

Cailey Rizzo
Cailey is a junkie for all things pop culture. She studied journalism and English literature at SUNY Purchase, then continued studying French cinema and literature at Paris IV Sorbonne. She currently lives in New York where she can often be found singing '70s music at karaoke bars.
Halloween
Tech
Halloween Streaming
More From Tech