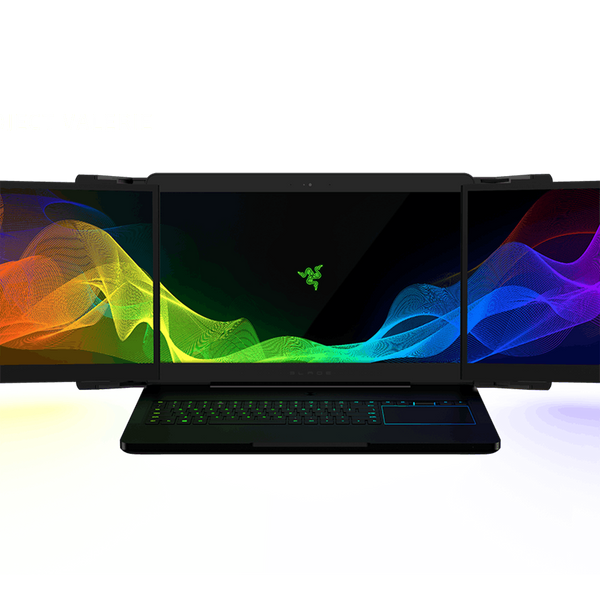 CES (that’s the Consumer Electronics Show for all you uninitiated) is an annual tech party. We get to go around to all the different stalls and learn about the amazing tech that looks like something straight out of the future but is actually available now. This year we saw smart hairbrushes, a little gadget that tests your food for gluten and a QLED TV to put all other TVs to shame. It was all fun and tech. Until it wasn’t. Someone stole two SUPER expensive prototypes from right off the floor.

On Sunday night, just as the conference was wrapping up, someone slinked off with two Razer laptops. The laptops, called Valerie, are some of the most innovative products the company has shown. Project Valerie was developed with gamers specifically in mind. It’s got three screens that pull out to create a HUGE panorama effect.

But Razer is not playing around with the theft. In a Facebook post, the company said that it is working with CES security and local police to catch the culprit. The company is offering a $25,000 for anyone who has information about the missing prototypes. Luckily, the stolen prototypes were not the only ones the company has, but still… stealing is not cool.

We actually include Project Valerie, along with some other futuristic tech, in our life-changing tech video from CES 2017.

Here’s to hoping the culprits are caught and brought to justice.

What was your favorite gadget that premiered at CES? Let us know @BritandCo!

Cailey Rizzo
Cailey is a junkie for all things pop culture. She studied journalism and English literature at SUNY Purchase, then continued studying French cinema and literature at Paris IV Sorbonne. She currently lives in New York where she can often be found singing '70s music at karaoke bars.
Controversy
Tech
Controversy Tech News