All the Emmys 2017 Afterparty Styles That Are Straight Fire 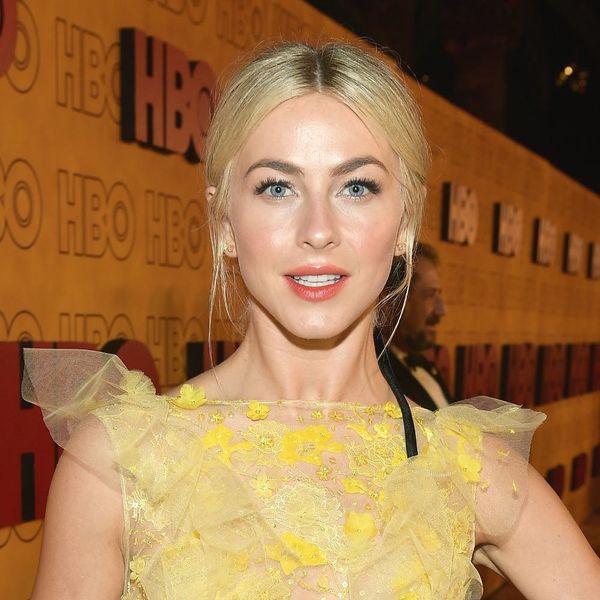 Now that we’re done drooling over all the best Emmys 2017 red carpet fashion, it’s on to the afterparty! Click through to check out all the glitz and glam!
Sophia Bush: The Acts of Violence actress kept it classic in a sequined LBD and a pulled-back pony. (Photo via Neilson Barnard/Getty)
Samire Wiley and Loren Morelli: This uber-fashionable couple (did you SEE their wedding dresses?) looked pretty as a picture in their respective blush pink and black and white wave patterned gowns. (Photo via Vivien Killiea)
Brittany Snow: Snow looked positively glam in her long black John Paul Ataker dress with strategic stripe mesh inserts, which she paired with an Edie Parker clutch. (Photo via JB Lacroix/Getty)
Sarah Hyland: Hyland, who flashed a bit of stomach in her Emmys 2017 red carpet outfit, also brought the heat at the afterparty in a one-shouldered mini that showed off her gams. (Photo via Neilson Barnard/Getty)
Jaime King: The Hart of Dixie alum jumped on the sequin bandwagon in a strapless sparkly Oscar de la Renta gown that had her looking like a million silver dollars. (Photo via Frederick M. Brown/Getty)
Julianne Hough: Hough stole the stole not once, but twice last night, swapping out her gorgeous black and pink floral Marchesa dress for a soft sheer buttercup yellow Monique Lhuillier gown that was equally dainty and feminine. (Photo via Frederick M. Brown/Getty)
Busy Philipps: Philipps kept things flirty and fun in a blush pink ruffled mini dress with a sheer mesh top and a Jimmy Choo clutch. (Photo via JB Lacroix/Getty)
Laverne Cox: Cox chose a lighter gray, sheer Tadashi Shoji piece paired with a Jennifer Behr headpiece, Norman Silverman earrings, Csarite rings, an Emmy Kuo NY bag, and Ruthie Davis shoes. (Photo via JB Lacroix/Getty)
Tessa Thompson: For her second look of the evening, the Westworld actress chose a far darker look than the holographic Rosie Assoulin dress she donned for the show, opting for all black in a sheer lace cold shoulder Elie Saab afterparty style. (Photo via JB LaCrox/Getty)
Anne Heche: Heche, married to James Tupper (who you might recognize from Big Little Lies) dared to bare in a slinky silver custom Randi Rham number with open, banded sides. (Photo via FilmMagic/FilmMagic/Getty)

Nicole Briese
Nicole is the weekend editor for Brit + Co who loves bringing you all the latest buzz. When she's not busy typing away into the wee hours, you can usually find her canoodling with her fur babies, rooting around in a bookstore, or rocking out at a concert of some sort (Guns N' Roses forever!). Check out all her latest musings and past work at nicolebjean.com.
Celebrity Style
Red Carpet
Celebrity Style Emmys Red Carpet