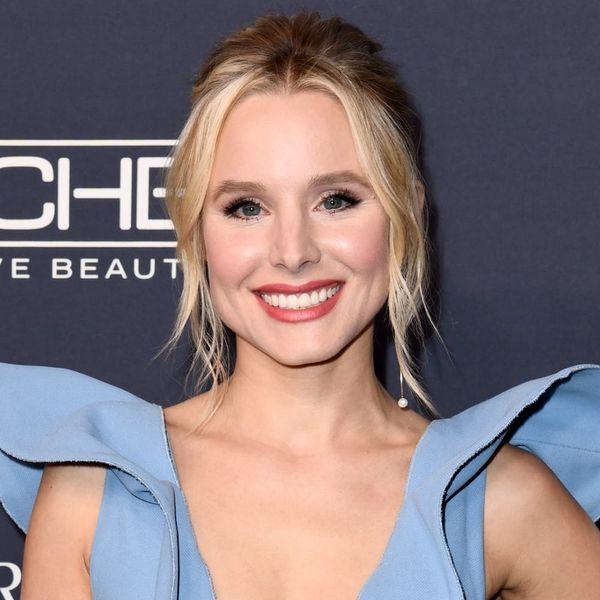 When the 2018 Screen Actors Guild Awards nominations were revealed on Wednesday, there didn’t at first appear to be anything out of the ordinary about the proceedings. It was revealed shortly after, however, that the women who unveiled the nominations (Olivia Munn and Niecy Nash) were just the beginning: The show, when it takes place on January 21, will also be hosted and presented entirely by women.

“Culturally there’s always been a conversation about equality,” Kristen Bell, who is set to host, said in an interview with The New York Times. “Now there’s some mega-spotlights on this conversation and, dare I say, some pyrotechnics in the background.”

The idea for the women-first broadcast came from the show’s executive producer, Kathy Connell, and is meant as a response to sexual harassment and assault allegations that seem to come out against powerful Hollywood men every day. She first had the thought when attending the Women’s March in Washington with her daughter and some friends in January.

“I feel pretty strongly about the women’s movement. Women stepped forward in such a huge way in this last year,” Connell told the NYT. “I want to salute women who are coming forward to speak at a very difficult time about very difficult subjects at great risk to themselves.”

All 13 of the show’s awards, along with the two stunt awards that are handed out at an earlier ceremony, will be presented by women. While the female-fronted broadcast is indeed meant to be loudly symbolic, Bell says she’s not yet sure how or if she will additionally address the current Hollywood climate during the show.

The 2018 Screen Actors Guild Awards will take place on Sunday, January 21, at 8pm EST/ 5pm PST and will air on both TNT and TBS.

Are you excited by this move by the SAG Awards? Let us know @BritandCo.