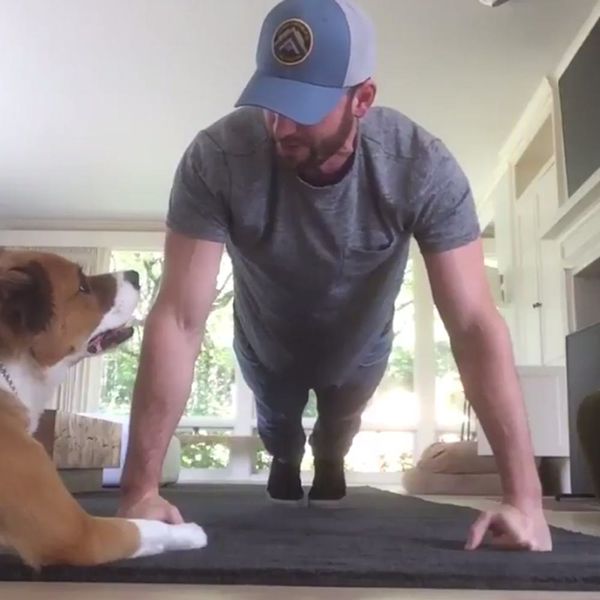 Over the last few days, you may have noticed your social media feeds flooding with videos of friends and celebrities doing push-ups. If you quickly passed this off as another gym selfie sort of thing, think again. Similar to the ALS Ice Bucket Challenge, the new viral campaign is called the 22 Push-Up Challenge, and is actually in support of a super important cause.

The idea was started by the organization #22Kill, which is a veteran advocacy organization that’s aiming to document 22 million push-ups to help raise awareness for the 22 veterans who commit suicide every day and all the men and women who suffer from PTSD.

So far celebs like Chris Pratt, Anna Farris, Chris Evans, Dwayne Johnson and Kevin Hart have participated. We’re guessing this is only the beginning. If you want to start a campaign among your network, all you have to do is post a video of you doing 22 push-ups, followed by a few nominations. Just remember to use the hashtag #22PushUpChallenge.