Snacks of the Future: 10 Foods You Can 3D Print 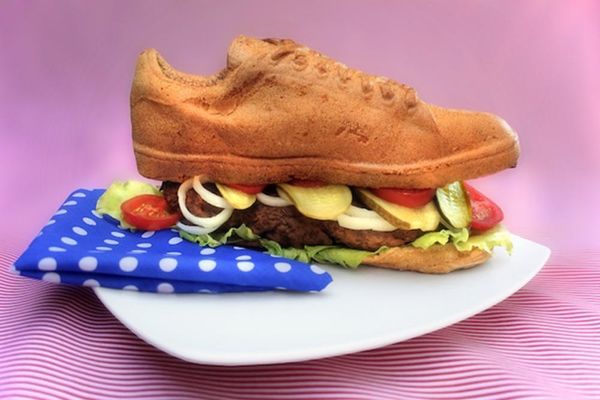 It’s no secret that we’re big fans of 3D printing here at Brit HQ. We’ve explored printing iPhone cases, clothing, photos from a photo booth, and even a mini figurine of you. But our stomachs have gotten the better of us. Thankfully, science is keeping up. Check out these 10 3D printed food projects—some of which you can actually get your hands on now. Is your mouth watering yet?

1. Chocolate Faces: Who wouldn’t want a chocolate treat in the shape of their face? Silly, yes, but we think they’d make a good gift for your sweetheart. (via CNET)

2. Shoeburger: As part of a contest, the bun for this burger was baked in a shoe-shaped pan that the entrant created on his 3D printer. Let’s just hope the burger isn’t too rubbery. (via Shapeways)

3. Gummy People: Move over bears, worms, and fruit shapes, the new way to get your gummy-candy fix is by printing a 3D version of your own body. We’re thinking these would make great birthday party or wedding favors in the shapes of the guests of honor. Fingers crossed they’re as tasty as Haribo. (via dvice)

4. Bacon Möbius Strip: We can’t decide if this piece of bacon printed in a möbius strip is genius or a sign that someone has too much time on their hands. Be forewarned bacon-fanatics, it isn’t actually pork. It’s made from plant-based ingredients and is vegan and Kosher friendly. (via Shapeways)

5. Christmas Cookies: Feed us cookies, and we’ll give you our love. Feed us specially designed, 3D-printed cookies, and we’ll love you forever. We’re telling you now so you have plenty of time to get your hands on a 3D printer and a good recipe. (via Raf Holleis)

6. Pizza: Astronaut ice cream is soon to be the second-best item on the menu on the space station. NASA just put $125 million toward developing a 3D printer that “prints” pizza. As if we need another reason to dream of going to space. (via Fast Company; photo via diekatrin on Flickr)

7. Chocolate Printer: The only item on this list you can actually buy, the Choc Creator V1 can be yours for just over $4,400. You’ll be able to make chocolate treats in absolutely any shape you can conjure up. We need one of these at Brit HQ, don’t you think? (via Choc Edge)

8. Corn Chips: While this might look suspiciously like fancy ramen noodles, this swirly flower is actually a corn chip. When testing out shapes researchers discovered that they needed to make the flower shape porous instead of solid to prevent the outside from burning before the inside was fried. (via FastCompany)

9. Pasta: While still just a prototype, imagine all the pasta shapes you could be enjoying once this printer becomes a reality. What shape would you make first? (via Inhabitat)

10. Sugar Sculptures: While you probably don’t want to eat one of these whole (unless you have a serious sweet tooth), these sugar sculptures are insanely impressive. Don’t they remind you of snowflakes? (via SugarLab)

Are you skeptical or sold on 3D printed food? What would be the first thing you’d print if you had a 3D printer in your kitchen?

Kristin Appenbrink
Kristin combines her love of words, a passion for creating, and a drive to learn new skills. Plus, as an obsessive ice cream maker and storyteller she always has a scoop to share.
3D printing
Tech
3D printing Savory Sweets