4 Shows to Watch After the Rocky Horror Picture Show Remake 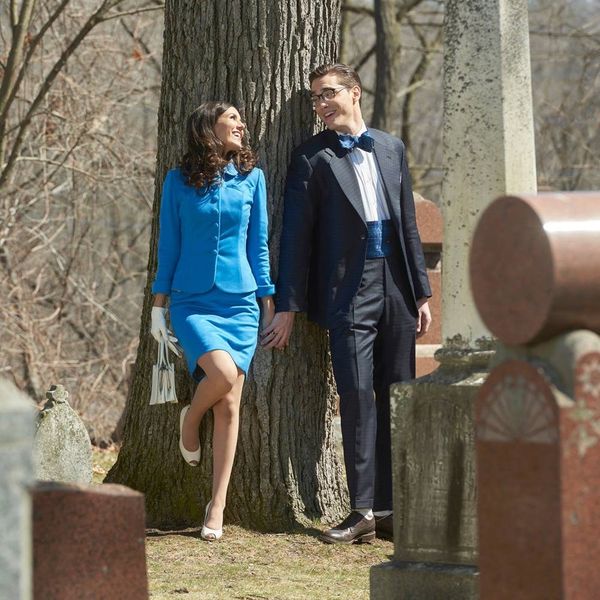 All this month, every Thursday at midnight, FOX is airing a special remake of the classic Rocky Horror Picture Show. Whether you’re a virgin to the cult musical or have been doing the time warp since before you can remember, we know that one showing just won’t be enough. So here: We present four more shows to watch this weekend when you’re coming down from your Rocky Horror high. If you want, you can even dress up as the characters and host a viewing party. Don’t dream it; be it.

Although Transparent‘s Maura Pfefferman is drastically different from Dr. Frank N. Furter, they both approach questions of gender with a great sense of humor. (And are both able to deliver unforgettable, hysterical, quotable lines like no other.) You can stream it now from Amazon. (Photo via Amazon)

If your favorite part of Rocky Horror is singing along and doing the time warp again, check out this show from The CW. The show is basically one giant music video, and the songs will be stuck in your head until the next viewing party. You can watch it on The CW now. (Photo via The CW)

There was something about the music in the ’70s that has endured the test of time. For another look at the music industry at the time, watch HBO’s Vinyl, starring Olivia Wilde and Bobby Cannavale. It’s ready to stream from HBO Now. (Photo via HBO)

Before Penny Dreadful was a successful TV show, it was a type of book. “Penny Dreadfuls” were a 19th-century literary staple. The cheap books were filled with stories of supernatural spirits and detectives solving gruesome times. And the books were just as addictive as the new TV show. You can watch the series on Showtime. (Photo via Showtime)

Which shows are you loving right now? Let us know @BritandCo!