7 Ways to Get Yourself Banned from Uber for Life 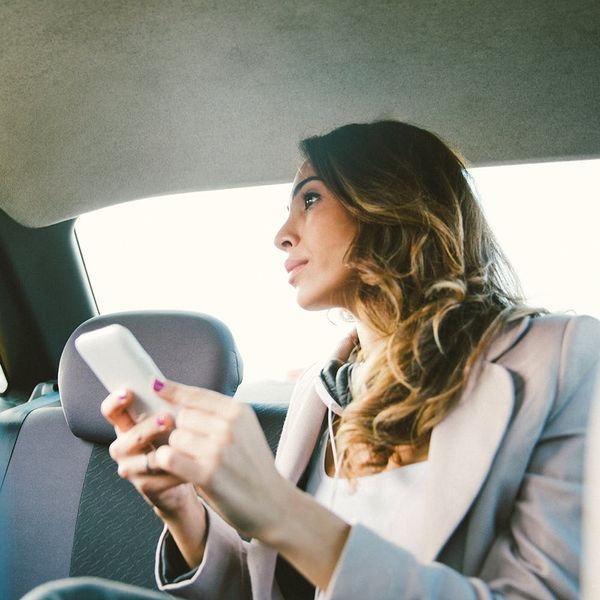 In its short life, Uber has a pretty long history. It’s been riddled with both passengers and drivers misbehaving while on rides. And the consequences are pretty serious. So, in a push for more transparency, Uber just released guidelines detailing all the ways to get banned from the app. In case you’re trying to figure out how to report any creepy drivers or fellow passengers (or maybe if you want to follow in the vein of Kendall Jenner), here are the seven ways Uber can ban you for life.

1. Having sex. Uber is explicit about explicit behavior. There should be absolutely none of it: “That’s no sexual conduct with drivers or fellow riders, no matter what. And you should never hit or otherwise hurt a driver or fellow passenger.” Noted.

2. Packing heat. No firearms allowed in Ubers, by either drivers or passengers.

3. Breaking the law. If you’re committing a crime, don’t use an Uber as a getaway car. Also, don’t bring open containers of alcohol or any drugs in the car. That will get you a one-way ticket straight out of Uber.

4. Ruining everything. You can get banned for damaging the car, breaking a fellow passenger’s (or driver’s) phone, spilling your food or drinks on purpose and, lastly, “vomiting due to excessive alcohol consumption.”

5. Stalking post-ride. Any unwanted contact with a driver or fellow passenger post-ride will get you banned.

6. Being generally awful. Comments that are “aggressive, sexual, discriminatory, or disrespectful” can get you kicked right off of Uber.

7. Starting a fight. Whether it’s with a passenger or driver, any combat will guarantee you’re never allowed in an Uber again.

Do you have any wild Uber stories? Share with us @BritandCo!