People Are NOT Here for Abercrombie & Fitch’s Pride Tweet 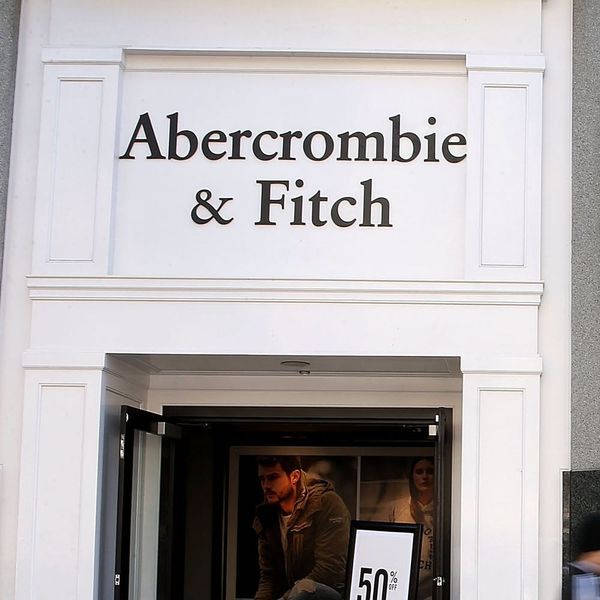 June is Pride Month, and not only have celebrities been showing their support for the LBGTQ+ community with plenty of heartwarming words, but companies the world over have also been joining the conversation and making efforts to give back. One retailer that seems to have missed the mark, however, is Abercrombie & Fitch.

In a tweet that has since been deleted, A&F shared a quote which read, “The Pride community is everyone, not just LGBTQ+ people,” attributed to “Kayla, merchandiser.” Along with the message came a photo of Kayla wearing the brand’s Made for Love capsule collection (100 percent of the proceeds for which will go to the Trevor Project, “a national 24-hour, toll free confidential suicide hotline for LGBTQ youth”).

abercrombie deleted this tweet of pure ignorance so here are the receipts. pic.twitter.com/S3Ifq71MxE

Though its intention may have been positive, the Twitterverse was not impressed, as many criticized the retailer for trying to take the focus away from the true meaning of Pride Month.

LGBTQ just got the All Lives Matter treatment smh 🤦‍♂️

Abercrombie & Fitch can get their grubby hands off my Pride, tyvm.

Love you @TrevorProject, but this is not a productive statement. Pride is for LGBTQ people because of the ways it's forcibly taken from us.

Me seeing Abercrombie and Fitch trying to say Pride Month is for straight people too pic.twitter.com/DWgjUpzw74

Abercrombie & Fitch has not commented on the tweet, but has since replaced it with another one that puts the focus back on the LGBTQ+ community.

Pride is an important time for the LGBTQ+ community.​ At A&F we work to ensure that everyone feels included, respected and empowered. #pride

“Pride is an important time for the LGBTQ+ community,” they wrote. “At A&F we work to ensure that everyone feels included, respected and empowered. #pride.”