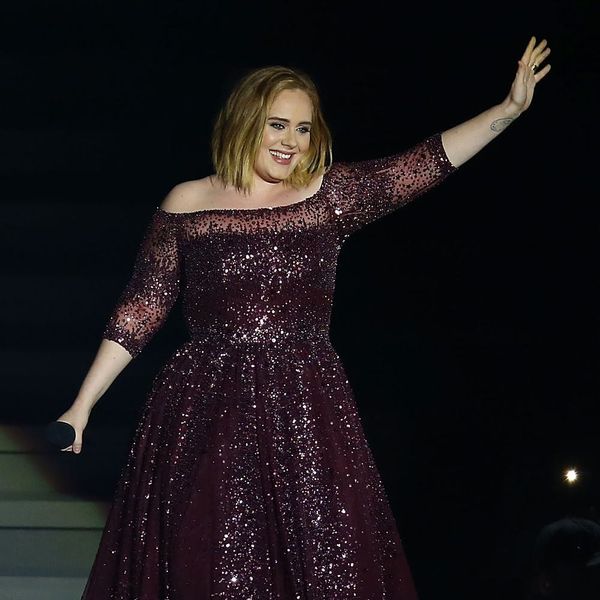 We certainly saw some metaphorical fireworks when Adele won this year’s Album of the Year award at the Grammys and proclaimed on stage that she felt Beyoncé should have won instead. But the singer axed some literal fireworks from her concert in Australia this week after her son was hit in the eye with debris. Yikes!

While performing a sound-check and testing the fireworks for Adele’s concert in Perth this Tuesday at Domain Stadium, the singer’s four-year-old son, Angelo, suffered an injury caused by the fireworks’ debris. Though we’re assuming the incident wasn’t super serious, it was still surely unpleasant for the little dude.

According to themusic.com.au, Adele explained to fans while on stage, “Up until last night, we did have fireworks for you. My son was watching [sound-check] in the crowd… a bit of debris went in his eye so we got rid of them.”

Her choice, obvs, is totally understandable, but she was still willing to let the crowd have the final choice, allowing them to vote by saying, “Let’s get a cheer for fireworks if you want them. Let’s get a ‘boo’ if you don’t want s–t in your eyes.” The crowd apparently were willing to take the risk and still wanted fireworks. “Alright, we’ll do it next time,” Adele promised before nailing the rest of her stellar Adele Live performance.

Let’s just hope no one else gets hurt and everyone enjoys the remaining shows in Adele’s last tour for quite some time.

Would you still want Adele to include fireworks in her show after her son’s accident? Let us know @BritandCo!