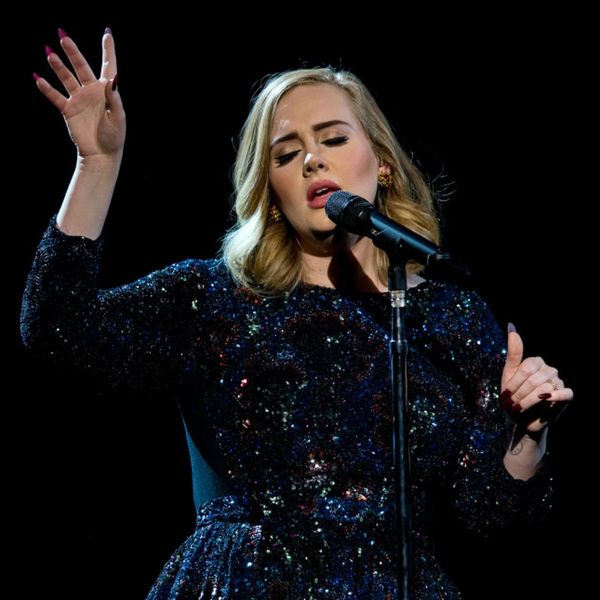 How can anyone not love Adele? She’s been so forthcoming about her struggles with postpartum depression, she was just as shocked about Brangelina as we were and she really loves Halloween. Like really. While celebs like the KarJenners go for more sexy costumes, Adele goes straight for comedy, and this year was no different.

While on tour in Texas over Halloween, Adele traded in her trademark nails and evening gowns and took the time to get dressed up like the classic Jim Carrey character, The Mask. This is definitely a childhood throwback costume, and if Adele’s previous costumes show us anything about her, she tends to go for looks based on stuff she really loves. Last year for her birthday, the singer had a costume party and went as pop icon George Michael.

Thank you for the birthday wishes I had a wonderful time! I was my hero x #gottahavefaith pic.twitter.com/FMSPQPUGMD

Adele’s costume game is tight, and we hope to see more hilarious and on-point costumes from the singer. While she remains very private about her son Angelo, with her announcement that she got engaged this week, maybe we’ll see a full-blown family costume next year. Might we suggest Popeye, Olive Oyl and Sweetpea? Or maybe characters from Beetlejuice? Only 363 days left to plan!

What’s the best celebrity costume you saw this year? Let us know @BritandCo!

Kat Armstrong
Kat has been a writer, social media maven and mom for longer than she's willing to admit. She's also spent time in front of and behind the camera, interviewing celebs, politicians and acting as a producer for fashion and artistic photography shoots. When she isn't writing for various orgs and publications, she's hanging with her kids, husband and French Bulldog, Peter, in Toronto, Canada.
Halloween
Celebrity News
Halloween Halloween Costumes
More From Celebrity News