Adidas Just Had a United Airlines Moment With This Controversial Email 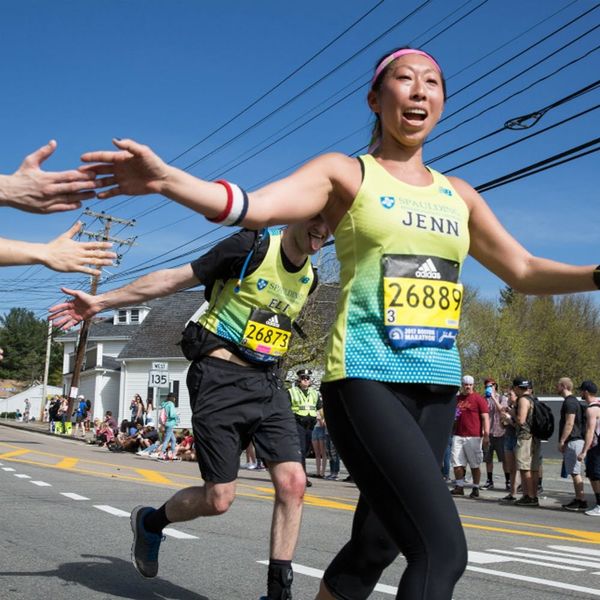 Talk about a miscalculation!

For most runners, getting a chance to run the Boston Marathon is a dream come true. Running through the famous city’s streets, seeing so many inspiring race signs, soaking up the beauty of downtown Boston, or running in memory and honor of those affected by the 2013 terrorist attack mean so much to so many. You’d think that just four short years after the horrific Boston bombing, that the marathon’s major sponsor, Adidas, would not forget about the attacks. But their post-race marketing email has many marathoners up in arms.

Just one short day after the race, Adidas sent out a congratulatory email to the participants of the marathon using the subject, “Congrats, you survived the Boston Marathon!” Needless to say, runners were upset.

According to Sports Illustrated, at least two participants in the run were survivors of the 2013 attack which killed three people and wounded another 260. The athletic company quickly responded with an apology, saying that their email was “insensitive.”

While the company hasn’t said anything else about their email campaign, Boston’s Mayor, Marty Walsh took the time to congratulate survivor Patrick Downes, who completed this year’s marathon on a recumbent hand cycle, along with others who have pointed out all the historical and inspiring moments from the race.

Here is a glimpse at some of the heroes who ran this year's #BostonMarathon @MilitaryTimes https://t.co/zyl31tuuDk pic.twitter.com/zG6tVVH0OR

It’s these stories that make races like Boston so important for so many, and not the sad history behind one of America’s most beloved marathons.

Have you ever competed in a marathon? Tell us about it @BritandCo!