Adult Swaddling Is the New Strange Japanese Trend to Try 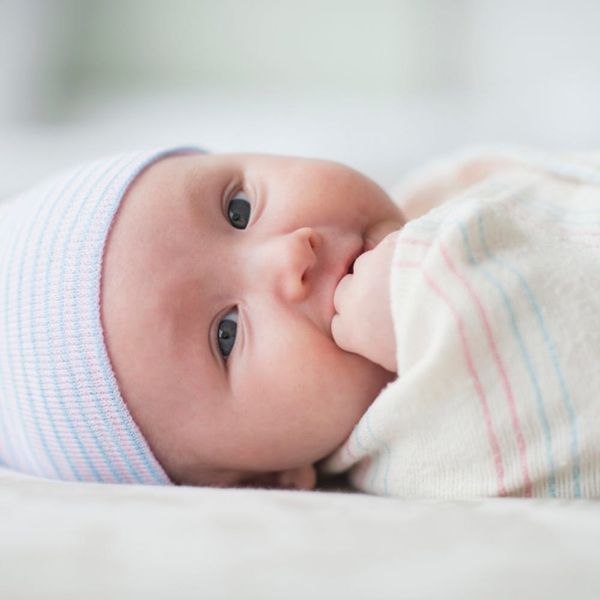 You’re a swaddling pro, mama. You wrap up your newborn like a five-layer baby burrito and make sure she’s snug as a bug. Let’s face it: You’re pretty jealous of how comfy she looks. So now it’s your turn to wrap up. (Yes, really.) Moms in Japan are freaking over an unconventional therapy called Otonamaki, or adult wrapping. It’s intended to relieve stress and help with posture. Before you roll your eyes and start mocking this new trend, read on for why grown-up swaddling is kind of rad!

1. It’s ridiculously relaxing. Look at how cozy your baby is when she’s all swaddled up. You could feel that way too — except for the fact that you haven’t slept for more than 20 minutes in the last 23 hours, you have two dozen cupcakes to bake for your preschooler’s soccer team, and you still have 52 work emails to return. Adult wrapping can be a stress reliever and make those worries disappear. Sure, it may look kind of odd, but it’s ridiculously relaxing.

2. A midwife created it. This isn’t just a trend that some celeb or lifestyle coach invented. It was created by the famous Japanese midwife Nobuko Watanabe. The midwife, who is also a professor, is known for creating the Toco-Chan maternity belt — a brace-like wearable tool for preggo mamas.

3. There’s rocking involved too. Swaddling isn’t the only thing you’ll get to enjoy during therapy. The sessions also include 15-20 minutes of gentle rocking over cushions.

4. It can help relax tired muscles. Being tightly wrapped in fabric doesn’t sound comfortable to everyone, and that’s putting it mildly. (Claustrophobia, anyone?) Apparently, it’s not a super restrictive type of wrap. The wrapping and rocking may actually loosen joints and make tired, overworked muscles relax.

5. It’s perfect for post-partum mamas. After hours of pushing and going through the rigors of delivery, you totally need a break, and that’s exactly what this therapy aims to do. Even though Otonamaki can help anyone, in many cases it’s used to ease those annoying postnatal pains.

Even though plenty of people claim that adult swaddling is all that, you won’t find any real proof of its health benefits. There hasn’t been a major study that proves (or disproves) the wrap for adults. So, we’ll leave it up to you to decide if the swaddle is worth a try or not.

Erica Loop
Erica Loop is a freelance writer living in Pittsburgh. When she's not busy creating kids' activities for her blog Mini Monets and Mommies, you can find her trying to hang out with her teenage son, being chased by her two Olde Boston Bulldogs or teaching a children's karate class (she's a third degree black belt!).
Healthy Living
Health
Healthy Living New Moms New Parents
More From Health