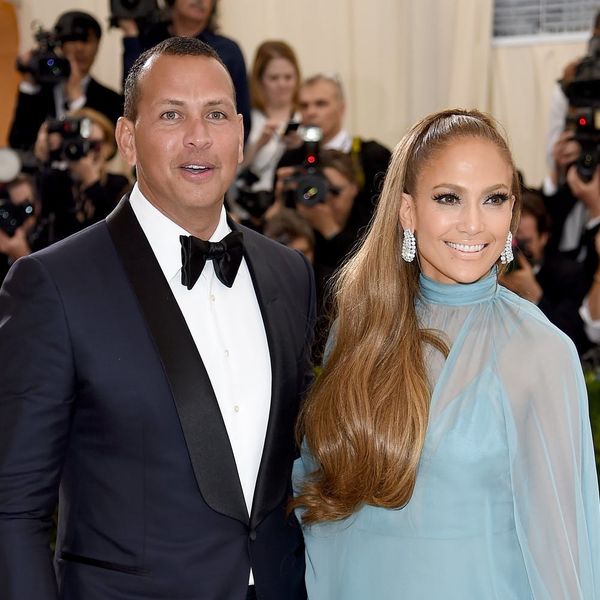 There’s plenty to love about megababe Jennifer Lopez: As her ballplayer boyfriend recently gushed, not only is she “one of the most brilliant minds in the business,” and incredibly “impressive,” but she’s also a super hard worker. One thing that may be a bit hard to swallow, however, is her star power. Particularly when Rodriguez, regularly a star in his own right, is mistaken for her security guard!

The athlete confessed to Jimmy Fallon on-air Thursday night that dating Lopez has been nothing if not a lesson in humility. “When I was with the Yankees, and we won the world championship, and you wear the pinstripes, you think you’re pretty cool,” he admits. “But then, you hang with Jennifer, and they confuse me for the security guard all the time!”

Rodriguez recalls a particularly humbling moment on the Met Gala red carpet, where the two made their public debut as a couple. “We were at the Met Ball, and the paparazzi were screaming at me, not even in English, ‘Get the hell out the way, get out of the way! We’re trying to take a picture!’”

Humbling though it may be, it certainly doesn’t seem to be affecting the couple’s love connection: The 47-year-old chantreuse posted an absolutely adorable pic of the pair looking cute as could be just last night, simply saying, “Pre-show pic.”

Kudos to Rodriguez for not being threatened by his uber-successful partner in the slightest!

Watch his hilarious clip below.

Are you surprised to hear that A. Rod gets slighted by J. Lo’s fame? Tell us over @BritandCo.