These Adorable Friends on American Idol Are Your New Friendship Goals 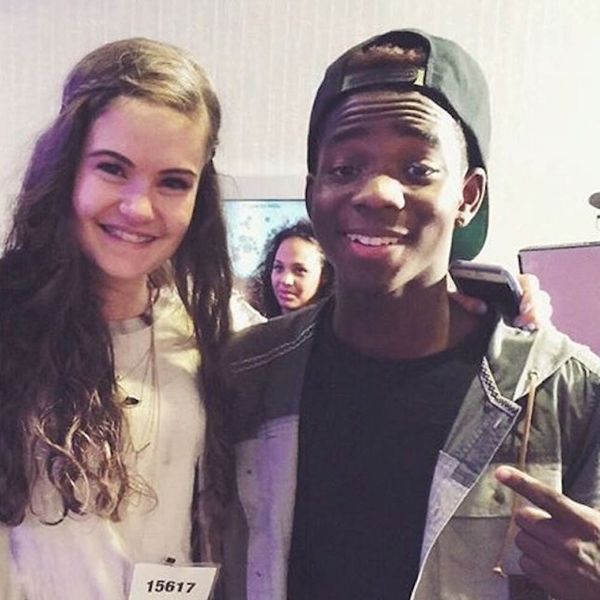 Move over, Jennifer Lawrence and Amy Schumer — there’s a new bestie duo winning our hearts, and they might just be the world’s newest #friendshipgoals aspirations. (Here’s your spoiler warning, American Idol fans — shoo if you’re not up to date!) Sara Sturm and Lee Jean are moving up the ranks in the final season of American Idol, and on last night’s show, the best part wasn’t even the fact that they made the cut on the final Hollywood Week round with their amazing performances of “Somewhere Only We Know” and “Stitches,” respectively. The best part was watching their adorable friendship grow and swooning over their love for each other. Take a look:

The most adorable pair! 👫 #HollywoodWeekhttps://t.co/IG55ObvC6d

OUR HEARTS! When it came time to cut 25 contestants, these two were in separate rooms, so they didn’t know if they other had made it until after the fact. Watching 18-year-old Sara and 16-year-old Lee reunite and realize the other had made it was about as emotional as watching The Notebook — even though the two swear they’re just friends.

“Me and Lee are just friends! He’s three years younger than me, he’s like my little brother,” Sara laughed at the camera. And while we love this friendship for what it is, we can’t help but think, “Sure… for now.”

Do you think deep down Sara and Lee are more than friends? Let us know on Twitter at @britandco!