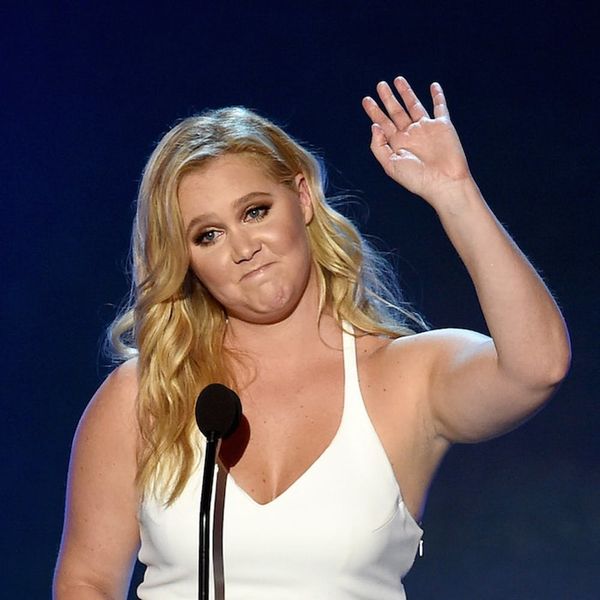 It feels like just yesterday we learned about Amy Schumer’s seemingly perfect handsome maker boyfriend, and before we knew it they were adorably in love — him posting sappy Instagrams about her all the time and her joking “it’s a girl” on a picture of a puppy they were holding together. But based on that joke, and the latest picture Amy posted to her Instagram, could the pair be trying to tell us something?!

“What to expect,” Amy captioned this photo of her standing in her on-set trailer and wearing a prosthetic pregnancy suit. She’s currently filming season four of her hilarious sketch show Inside Amy Schumer and, as far as we know, is NOT actually pregnant. The bottles of Jameson and Patrón sitting closely by just help take the photo to typical Amy places.

Oh, and that BOSS hat? Accurate.

Do you think Amy is trying to tell us something? Let us know on Twitter at @britandco!

(Photos via @amyschumer and Kevin Winter/Getty)