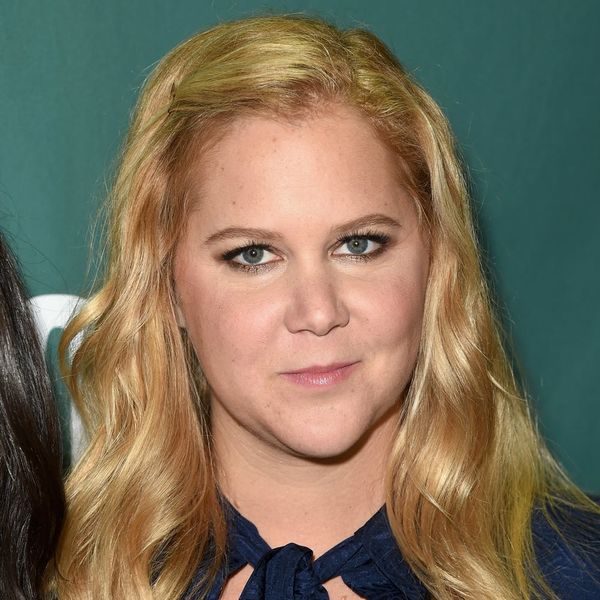 Whether you love Amy Schumer and can not WAIT to get your hands on her new book or are seriously perturbed about that whole convo she had with Lena Dunham, you’ve gotta’ admit that the way she handled a heckling audience member in Stockholm on Wednesday was SERIOUSLY boss.

Rather than ignore it, Amy addressed the man head on, having the audience point him out so she could zero in on him. “Everybody point at him, so I know which one,” she began.

Finding her culprit (“Don’t be shy,” she says. “You just yelled show us your tits!”), she immediately went in on everything from his wardrobe (the man was also wearing a completely charming shirt which read “I love p*ssies.”) to his job.

Revealing that he worked in sales, Amy chided him (“How’s that working out? Is it going well? Cause we’re not buying it”) before laying down the law.

The man failed to heed her warning, however, yelling out again just moments later, so Amy made good on her word, signaling for the guards to take him outside.

“We’re going to miss you SO much. I already miss him,” she joked before polling the audience about whether or not she made the right decision. “Clap if you think he should be escorted out.”

The thunderous applause spoke for itself.

Watch her dominate the moment below:

Do you think Amy was justified to kick out the heckler? Tell us over @BritandCo!