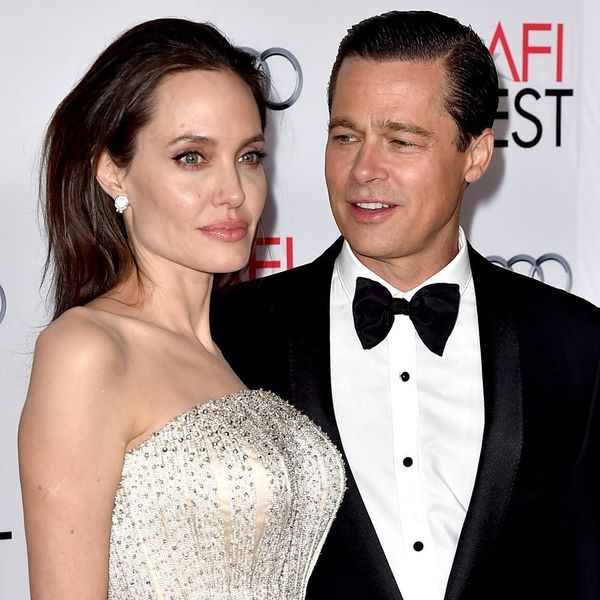 Angelina Jolie has been fairly open about how she and her children have adjusted to their new lives after her divorce from Brad Pitt, while remaining mostly quiet about the end of their relationship. Now the actress is opening up about how she tried to save her marriage in the months leading up to the split.

Jolie, who famously met and fell in love with Pitt on the set of 2005’s Mr. & Mrs. Smith (when he was still married to Jennifer Aniston), remembers that time as one when she built the foundation of her connection to her (now former) partner.

“We had met working together,” the 42-year-old mother of six told The Hollywood Reporter’s Awards Chatter podcast. She said that the fact that they “worked together well” the first time around led her to believe that collaborating again 10 years later might help to fix some of the issues that had cropped up in their relationship. “I wanted us to do some serious work together. … I thought it would be a good way for us to communicate,” she explained on the podcast.

Costarring with her then-husband in 2015’s By the Sea didn’t quite turn out the way she had hoped, though. “It should have been good for us. … In some ways it was [a good way to communicate] and in some ways, we learned some things. But there was a heaviness probably during that situation that carried on, and it wasn’t because of the film.”

She went on to mull over a few thoughts about her ex and their time filming the project together, saying, “Things happen for different reasons, and things… I mean, why did I write that exact piece? Why did we feel that way when we made it? I’m not sure.”

That said, she has no regrets. “I don’t know. I’m glad we did that film because we did explore something together. Whatever it was, maybe it didn’t solve certain things, but we did communicate something that needed to be communicated to each other,” she shared.

It may not have been the outcome that she wanted, but it certainly sounds like Jolie has accepted what happened, which may allow her to move on to a brighter future.

Did you watch By the Sea? Let us know @BritandCo.