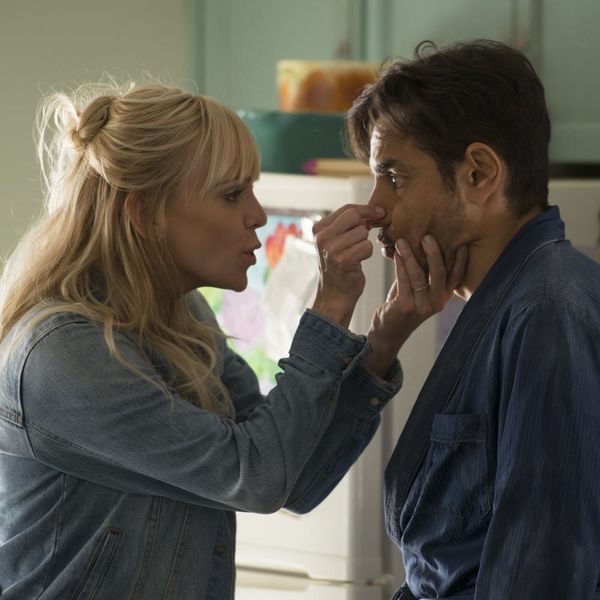 Reboots of classic films and TV shows are still all the rage, and in our first official look at the upcoming Overboard remake, Anna Faris and Eugenio Derbez flip the script on the original. The plot echoes that of the 1987 movie, which starred Goldie Hawn and Kurt Russell — except in the remake, the roles are swapped.

Faris stars as Kate, a down-on-her-luck, working-class single mother who gets a job cleaning the yacht of spoiled playboy Leonardo (Eugenio Derbez). When he goes overboard and gets amnesia, Kate decides to trick him into thinking he’s her husband. In the original, it was Hawn who played the rude rich woman, and Russell her lower-class carpenter.

Leonardo has a hard time adjusting to the so-called reality he wakes up to, but eventually he embraces his life as a family man and settles in nicely with Kate and her two daughters. Kate at one point even admits to loving having a “fake husband,” and struggles with whether to tell him the truth about his billionaire status.

Eva Longoria and Mel Rodriguez also star in the remake. Overboard is in theaters on April 13. Check out the trailer above!

Will you see the Overboard remake? Let us know @BritandCo!