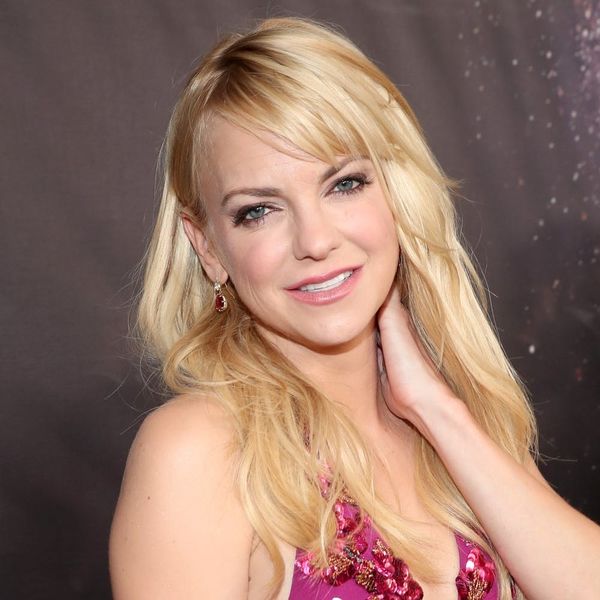 Earlier this week, actor Chris Pratt spoke candidly for the first time about his split from Anna Faris. “Divorce sucks,” Pratt admitted to Entertainment Weekly in their annual Summer Movie Preview. And if fans of the former couple are still devastated, Faris agrees that breaking up is hard to do.

After admitting that she “completely” agrees with her ex’s assessment that divorce sucks, Faris assured listeners that things are actually pretty okay with the pair now.

“We have a great friendship, we really do and we always have. It’s always tough to envision your futures as one thing, but I think there’s a lot of love,” Faris, 41, said on a SiriusXM Hits 1 radio interview with Michael Yo on Thursday.

Faris went on to explain that it’s simply hard to maintain a career as an actor, which comes at a sacrifice to privacy, while also keeping a relationship healthy.

“In what we do, there’s so much [unpredictability],” she said. “I think that it’s a lesson learned a little bit in terms of keeping relationships a little more private potentially even though I don’t wanna. I pride myself on being a pretty open person but I don’t know. It’s tough when you’re under the scrutiny.”

Faris also explained that her relationship with Pratt helped her better understand that self-respect is key to a romantic relationship, which should come in handy now that she’s dating cinematographer Michael Barrett.

“I was so—I was such an insecure kid that I—if anybody remotely attractive liked me, I was just completely smitten. Like, ‘I can’t believe the popular guy likes me,’” she explained.

She went on to explain that this revelation echoes words of wisdom from her mother: “‘Value yourself, value yourself,'” adding that it’s a message she tries to drive home on her podcast Anna Faris Is Unqualified because, as she puts it, “women tend to not have as strong of egos as men and don’t necessarily prioritize themselves.”

Have you ever had a ‘good’ breakup? Let us know @BritandCo!

Kat Armstrong
Kat has been a writer, social media maven and mom for longer than she's willing to admit. She's also spent time in front of and behind the camera, interviewing celebs, politicians and acting as a producer for fashion and artistic photography shoots. When she isn't writing for various orgs and publications, she's hanging with her kids, husband and French Bulldog, Peter, in Toronto, Canada.
Celebrity Breakups
Celebrity News
Celebrity Breakups
More From Celebrity News