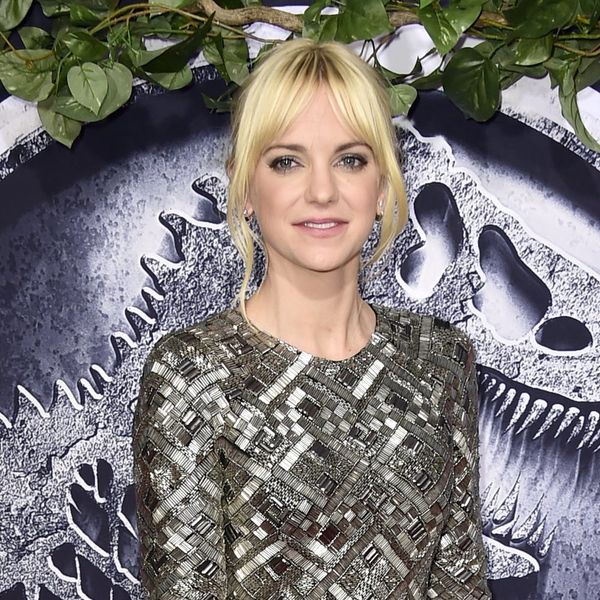 Anna Faris is offering up relationship advice and Taylor Swift is making good on her promise in this morning’s top news stories. Check out those and more below in the Thursday Morning Buzz.

1.Anna Faris’s relationship advice following her split from Chris Pratt is heartbreaking — but also empowering. On a recent episode of her Anna Faris Is Unqualified podcast, Faris thanked her fans for all the love they’ve been sending her way since news of her split from Chris Pratt broke. The rest of the episode was a pre-taped crossover with My Favorite Murder, during which Faris offered a caller relationship advice that stressed the importance of independence. “Life is too short to be in relationships where you feel this isn’t fully right or somebody doesn’t have your back, or somebody doesn’t fully value you,” she said, according to People. “Don’t be afraid to feel your independence if things aren’t right.” It’s unclear whether the episode was taped before or after the couple split, but it’s still a heartbreaking look at the realities of relationships — and an empowering reminder to take care of yourself too. (Photo via Frazer Harrison/Getty)

2. After Taylor Swift won her sexual assault lawsuit, she vowed to continue to fight for sexual assault survivors, and she’s already putting her money where her mouth is. HuffPost reports that Swift has made a donation to Law & Order: SVU actor Mariska Hargitay‘s Joyful Heart Foundation, which supports assault survivors. “I hope that Taylor’s very public experience ― and her decision to speak out ― not only helps empower other victims to speak up and take action, but offers them solidarity,” said Hargitay (whose SVU character, Olivia Benson, is the namesake for one of Swift’s cats). The foundation did not disclose Swift’s donation amount but confirmed she made an “extremely generous financial investment in the movement to end sexual violence.” The funds will go toward healing programs, educational work, and advocacy work. (Photo via Jason Merritt/Getty)

3. Deadpool 2‘s Zazie Beetz paid tribute to stuntwoman Joi “SJ” Harris, who was killed on set in a motorcycle accident. Filming has resumed in Vancouver following the accidental death of Harris just 48 hours ago. TMZ reports that Ryan Reynolds led the cast and crew in a moment of silence before getting back to work, and Zazie Beets, who plays the character Harris was believed to be filming a stunt double scene for (Domino), penned a heartfelt tribute on Instagram. “On Monday we tragically lost one of our own — Joi SJ Harris,” Beetz wrote. “My heart has been breaking the past two days and I have been searching what to say or do. I know that what I feel is nothing compared to what her loved ones, friends + family, are feeling. My heart and my love goes out to her and them all. The cast and crew send peace, healing, and their deepest condolences.”

4. A Halloweentown reunion will happen in honor of Debbie Reynolds. In October, the cast of the Disney Channel classic will head to the IRL Halloweentown in St. Helens, Oregon, to pay tribute to the late Debbie Reynolds, who played Grandma Aggie in the movies. “We wanted to do a special tribute to her and her role as Grandma Aggie,” star Kimberly J. Brown (who played Marnie) said in the YouTube announcement. “We want to have a small monument for her and we are going to do that for her in the [jack-o-lantern] lighting ceremony.” Brown, along with cast members J. Paul Zimmerman (who played Dylan) and Judith Hoag (who played their mom Gwen), will also cast a special “spell” from the movie to kick off the festivities. (Photo via Alberto E. Rodriguez/Getty)

5. Starbucks stores are already receiving the Pumpkin Spice sauce and employees are shook. Though we’re still in the late-August dog days of summer, the countdown to PSL season is officially on. Starbucks employees have taken to Reddit’s r/Starbucks board to share pics of the PSL supplies coming into stores — apparently along with strict instructions not to sell it until September 5. “It’s coming. God help us all,” one employee wrote on their pic of the sweet, sweet orange-y brown goodness, while another could only muster a sad emoji to accompany their picture of the sauce. LOL. Let’s remember to take a minute this fall to give thanks for the sacrifice of all the brave ‘Bucks employees during PSL season. (Photo via Stephen Chernin/Getty)

6. Quote of the day: “Strive not to be a success, but rather to be of value.” — Albert Einstein

How do you try to contribute to your community? Let us know @BritandCo!