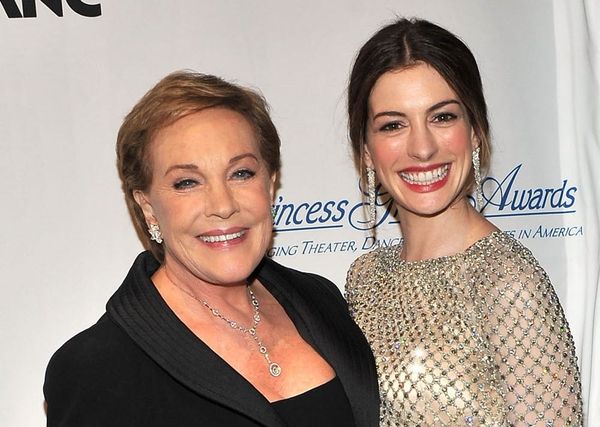 Anne Hathaway and Julie Andrews formed a lasting bond as costars in the Princess Diaries films, and this week, that bond was on full display as Hathaway wished her on-screen grandmother a happy 83rd birthday on Monday, October 1.

“The importance of grace; The knowledge that power is nothing without respect; Why one must have patience, positivity, perspective, manners, kindness, and humility always, to everyone (no exceptions); The joy in treating people as a gift rather than a burden; How far choosing gratitude can get you…” Hathaway wrote on Instagram, alongside a photo of the pair in their beloved film.

“If I know anything about any of this, It’s because I was lucky enough to have learned from the very best at the very beginning,” she continued. “Happy Birthday Julie, Queen Eternal. All my love, Annie.”

Hathaway played Princess Mia Thermopolis in 2001’s The Princess Diaries and its 2004 sequel, The Princess Diaries 2: Royal Engagement, while Andrews took on the role of the classically classy Queen Clarisse Renaldi. Rumors around a third movie have buzzed for years, and in March 2017, Andrews told BuzzFeed, “There’s talk about it. And [Hathaway]’s very keen to do it. I would very willingly and happily do it.”

She also said a third movie could pay tribute to the original film’s director, Garry Marshall, who passed away in July 2016. “I think we might do it in honor of him,” she told BuzzFeed. “Annie had an idea that she wanted to pursue about it, and I’m all for it, so if she’d like to…”

Would you love to see Anne Hathaway and Julie Andrews reunite for The Princess Diaries 3? Let us know @BritandCo!