Why Emma Watson and Anne Hathaway Are About to Become BFFs 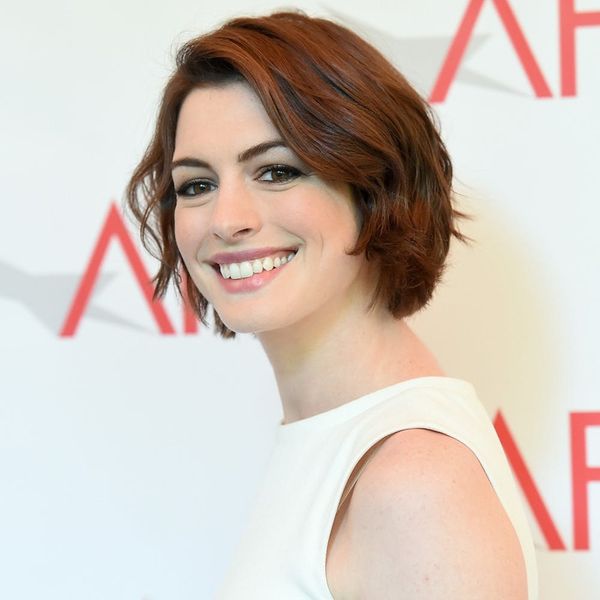 Since Emma Watson joined the UN Women as the Goodwill Ambassador in 2014, she’s started a lot of conversation surrounding gender equality. She’s become the face of the impactful HeForShe campaign and has even corralled Hamilton’s Lin-Manuel Miranda to help her raise awareness for the cause via a rap song. Now, it looks like she’s going to have a new celeb partner in the fight for gender equality: Anne Hathaway.

UN Women announced yesterday that the new mom and actress is the newest lady to join the Goodwill Ambassador team. She’ll be joining Watson as well as Nicole Kidman and the Princess of Thailand, Bajrakitiyabha Mahidol.

A press release about Anne’s role explains she’ll be working primarily on spotlighting issues related to new moms and childcare. She’ll do so by “working internationally to advance the adoption and implementation of policies that will bring measurable change. These include affordable childcare services and shared parental leave at both government and corporate levels.”

Excited to be appointed Global Goodwill Ambassador of @UNWomen, the UN agency for gender equality and women’s empowerment. Honored to work with @UNWomen to ensure that all genders are able to fully and equally participate in the world economy. I think we can all agree it's long past the time for action. unwomen.org

UN Women Executive Director Phumzile Mlambo-Ngcuka writes, “Stereotypes that make it hard for fathers to take time away from work to care for a child are outdated leftovers from the ‘male breadwinner’ model and have no place in today’s mixed workforce. Well-implemented parental leave is just one way for employers to demonstrate that they understand the value of their staff — both male and female.” YAS, Phumzile, YAS! 🙌

Cortney Clift
Cortney is the senior writer and special projects editor at Brit + Co. She typically covers topics related to women's issues, politics, and lifestyle. When she's not buried behind her computer you'll find her exploring New York City or planning her next big adventure.
Feminism
Celebrity News
Feminism
More From Celebrity News