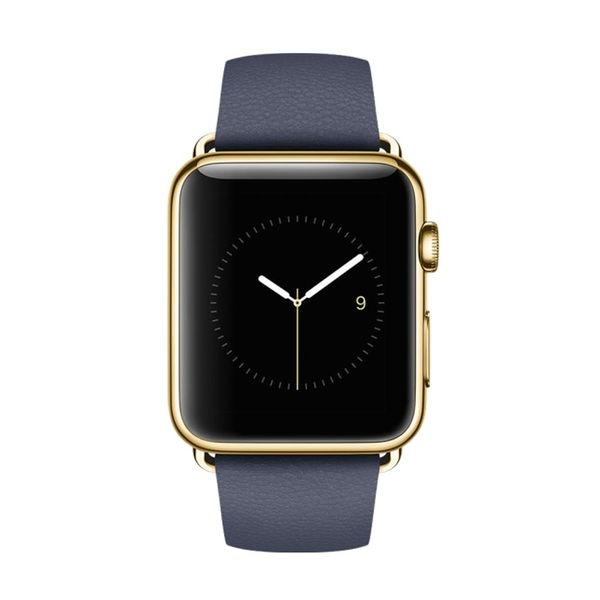 Since its debut, the Apple Watch has become the hippest new accessory every techie, Apple lover and people who just like cool watches must have. It comes with its own fleet of cool apps, you can gild your timepiece in gold and even Queen Bey has one. With all the Internet abuzz with iPhone 6S news, Apple Watch owners must be thinking, “Will we be getting an upgrade too?”

According to the people at Tech News Today, not just yet. You probably won’t be seeing the Apple Watch 2 sharing the stage at Apple’s September 9 fall event, as it’s only been a mere five months since the first version dropped, and likely, Apple plans on milking version one for a while longer.

However, the iOS 2 beta versions have been out for some time and we know that the newest Apple Watch will be sporting this software. Some of the things developers have been revealing about the software update and insights sound mighty exciting. First and foremost, the software will cut ties to the iPhone. You no longer need a corresponding iPhone to operate the Watch, which is AH-MAY-ZING. The new watch will also be featuring a wireless chip, so it can have Wi-Fi access all by its lonesome. Only heavy-duty actions like large file transfers and software updates will still need a supporting iPhone.

The new Watch will also allow for some apps to stream video, track lost watches through Wi-Fi triangulation (which is positioning through local Wi-Fi networks) and, according to 9to5Mac, *perhaps* feature a front-facing camera for FaceTime.

While the appearance and battery-life expectancy may not change much, Apple might be adding some new styles to the mix, like liquid metal, palladium, titanium, tungsten and platinum.

What do you think about the rumors regarding the Apple Watch 2? Tell us in the comments below!

Kimberly Wang
Kimberly Wang writes about all things pop culture, tech, style, and beauty. She's a Bay Area transplant and has an MFA in Creative Writing from Columbia University. On a sunny New York day, you can find her hanging out with her mini schnauzer Isabelle Jellybean on a blanket in Central Park.
Apple
Tech
Apple Tech News