April the Giraffe Is Pregnant Again! 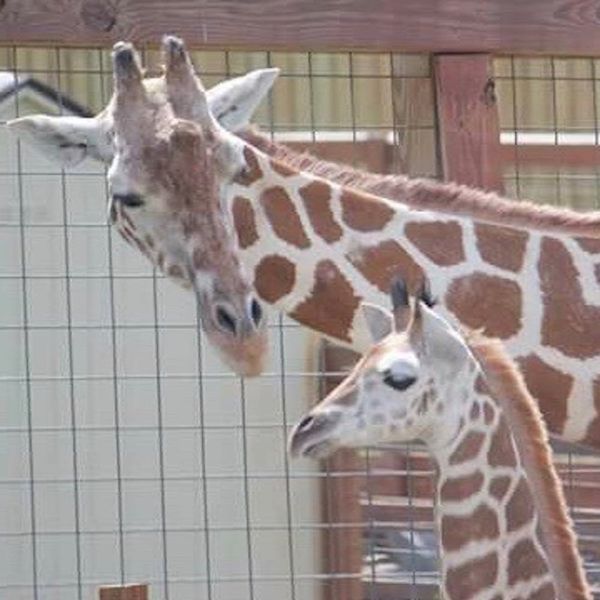 Get ready for another exciting moment from Animal Adventure Park! April the Giraffe, whose live-streamed labor and birth captivated the world last year, is expecting another new calf.

“The results are in and we are having a baby!” Jordan Patch, the owner of the Harpursville, New York, animal park, said on the Today show Wednesday morning. Hosts Hoda Kotb and Savannah Guthrie joked that the momma giraffe would be getting her own talk show on NBC.

Patch was hesitant to share April’s due date given the intense frenzy that accompanied her last pregnancy and birth, but he did say they expect the calf to arrive in early spring 2019. He also explained that due to the giraffe’s thick skin, it’s difficult to use sonogram technology to gather additional details on the pregnancy and calf, so the staff monitor her well-being but otherwise let her “do her thing.” The sex of the baby will not be known until its birth.

The internet watched in anticipation over the course of two months last year when April the Giraffe’s labor and eventual delivery was live-streamed from Animal Adventure Park. The park has re-enabled the giraffe cam this time around so curious animal lovers can check in on her progress.

Patch revealed that April’s pregnancy is an important one: giraffe populations have declined by 40 percent in the past 20 years, he said, and every calf born in captivity is meaningful. The new baby will be April’s fifth, according to the park. The same male partner from her previous pregnancy, Oliver, is the father once again.

Will you be tuning in for April the Giraffe’s birth once again? Let us know @BritandCo!