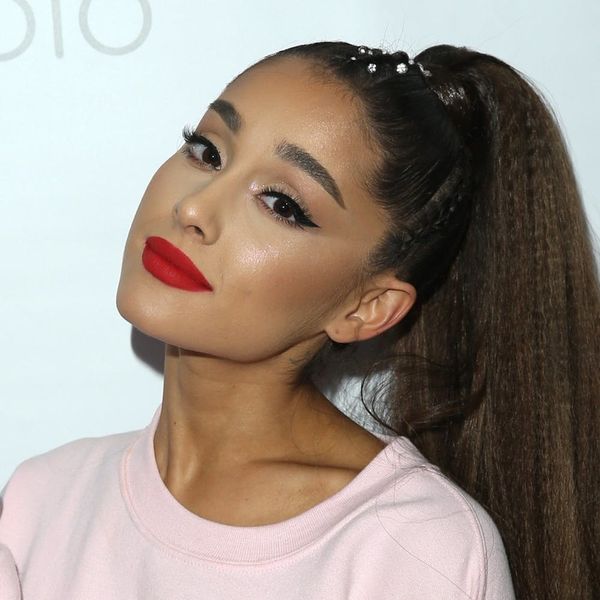 Newly engaged couple Ariana Grande and Pete Davidson have reportedly only been dating since May, but they have no qualms about making permanent gestures of love for one another in the form of tattoo ink. In fact, it seems that Grande may have even gotten a tattoo tribute to her fiancé’s late father!

While out and about in NYC earlier this week, the songstress was snapped with wearing a pair of high-heeled pumps that showed off four very faint numbers near the top of her foot.

As fans were quick to note, the sequence of those numbers — 8418 — was not inconsequential, as 8418 marks the badge number Davidson’s father, a New York City firefighter who died in the 9/11 terror attacks, wore on his uniform.

The SNL comedian has a matching tattoo on the inside of his left forearm.

Should Grande’s perceived ink turn out to be the real deal, it would mark the fourth tattoo the couple has gotten for one another: Davidson debuted a small bunny mask behind his ear and an AG on his thumb in early June, and the twosome showed off some matching cryptic letters later that month.

What do you think of Ariana’s new ink? Let it out over @BritandCo.

Nicole Briese
Nicole is the weekend editor for Brit + Co who loves bringing you all the latest buzz. When she's not busy typing away into the wee hours, you can usually find her canoodling with her fur babies, rooting around in a bookstore, or rocking out at a concert of some sort (Guns N' Roses forever!). Check out all her latest musings and past work at nicolebjean.com.
Celebrities
Beauty News
Celebrities Celebrity Couples Love Tattoos
More From Beauty News