Arkansas Is Getting Sued Over an Extremely Strict Anti-Abortion Law 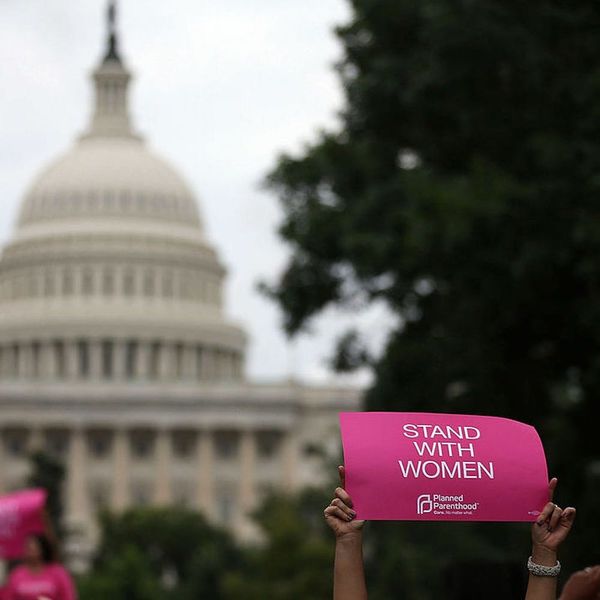 Though abortion has been legal in the US for decades, conservative lawmakers continue to chip away at women’s access to safe and affordable abortions. In February, Arkansas passed a law that includes a provision requiring women to notify the man who impregnated them before they can get an abortion. Unlike some other strict anti-abortion laws, this one does not make exceptions for rape, meaning abortion providers would potentially need to inform a woman’s rapist of her abortion in Arkansas. Now, the state is being sued over the law.

At the end of June, the American Civil Liberties Union (ACLU) of Arkansas and the Center for Reproductive Rights filed a lawsuit against the state over four provisions in the law, called the Tissue Disposal Mandate. In a statement about the suit, the ACLU notes that requiring a woman to notify her “partner” (or whomever was involved in the pregnancy) violates a patient’s privacy and right to make the choice on her own. The law also requires an amount of additional medical paperwork and records that the ACLU deems excessive.

The suit has been raised on behalf of an Arkansas physician who works at one of two remaining clinics in the state. According to the ACLU statement on the suit, the physician finds that the implementation of the new law would create an unwarranted burden on women seeking an abortion.

Arkansas is one of several states that has pushed hard for laws that often claim to protect women’s health and dignity, but in reality make it harder for women to access legal abortions, known as TRAP laws. The state of Louisiana is also down to just two abortion clinics as a result of TRAP laws, and Texas has 13 abortion clinics as of March, compared with 41 clinics in 2012.

Pro-choice activists around the country are concerned not only by the law currently being challenged in Arkansas, but also by the overall trend of TRAP laws that have taken hold in states with already limited abortion access. These laws are especially threatening in light of the Senate’s proposed healthcare bill, the Better Care Reconciliation Act (BCRA).

Experts say that the BCRA, like the American Healthcare Act drafted by the House, would make it harder for many women to access abortions throughout the nation. If passed into law, the BCRA could severely limit coverage for abortions in the private insurance market. Currently, few but some private insurance plans will cover abortions, but the BCRA would change this by prohibiting people and small businesses who receive tax credits to help pay for insurance from purchasing plans that cover abortions.

Further, the BCRA would allow states to choose whether they will require insurance companies to include essential care, such as maternity and infant care and prescriptions (including birth control).

Tell us what you think of the ACLU’s lawsuit on Twitter @BritandCo.

Elizabeth King
Elizabeth King is a politics, history, and culture writer based in the Twin Cities. She is generally pretty cranky but still enjoys traveling, music from the early 2000's, and plotting the resistance. Feel free to say hi on Twitter at @ekingc or check out some of her work at www.elizabethcking.com.
Womens Health
More From Womens Health