Ashley Graham Just Got the Most Daring Tattoo… on the Side of Her Neck! 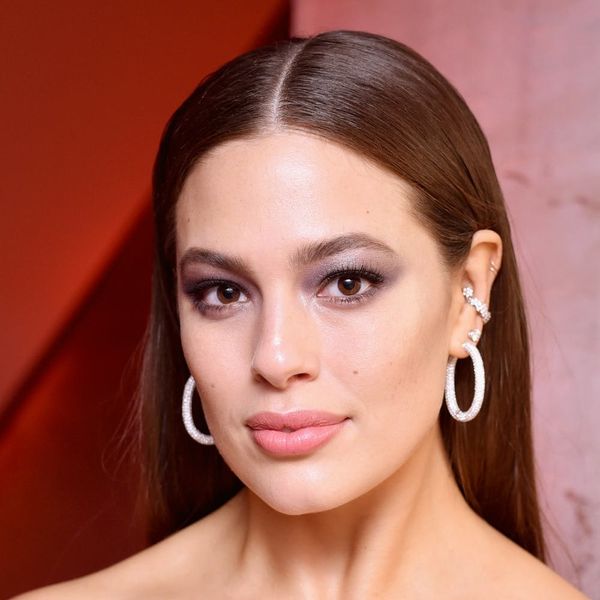 Ashley Graham has a wild side, and she’s not afraid to show it! While attending a party to celebrate her epic Revlon beauty deal, the 30-year-old took a BIG beauty risk in getting inked — on the spot — with one of the most daring tattoos you can get… on the side of her neck, no less!

The supermodel threw caution to the wind and opted to get the one piece of body art you’re never supposed to (at least according to Kaley Cuoco!) by inking her husband, Justin Ervin’s initials, in lowercase letters just below her left ear.

The supermodel excitedly documented the entire process on her Instagram Stories, reportedly telling followers, “You guys, I’m going to a get a tattoo. It’s going down. I’m next. I’m next in line. I’m gonna get a little ‘J’ right here for Justin.”

Her artist, celebrity tattoo guru Jon Boy, showed off the end result on Instagram writing, “J.E.” on a shot of his delicate handiwork.

The lingerie designer is known to have at least one other tattoo in the form of a Scorpio sign near her bikini line, which she’s proudly showed off before during photo shoots, so getting this little guy was likely NBD.

Considering she’s also been married to her man for nearly a decade (the pair got hitched back in 2010!), this is one risk we doubt she’ll be regretting anytime soon.

What do you think of Ashley’s new tattoo? Let us know @BritandCo.

Arielle Tschinkel
Arielle Tschinkel is a pop culture junkie who went to NYU because the Olsen twins went to NYU (really). She is a freelance writer whose work has also been featured on HelloGiggles, Refinery29, SheKnows, Bustle, Hollywood.com, and many others; and she's living her dream one Britney Spears GIF at a time. Follow her on Twitter @mrstschinkel or visit her website at arielletschinkel.com.
Celebrity Beauty
Beauty News
Celebrity Beauty Tattoos
More From Beauty News