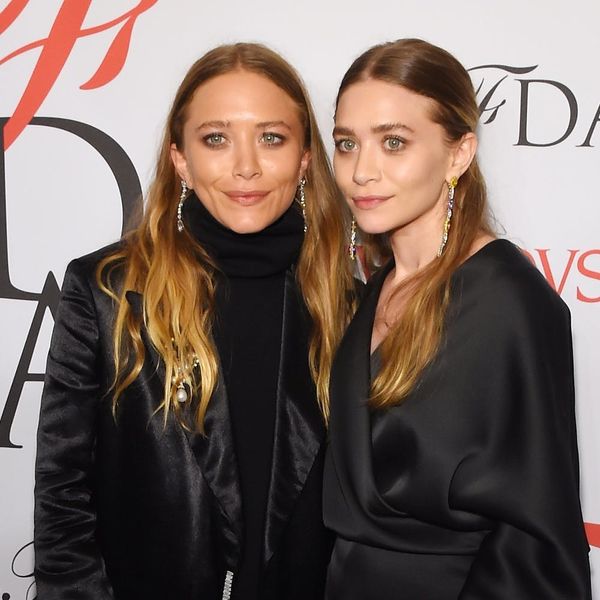 Granted, age ain’t nothin’ but a number, but when it comes to the Olsen twins (who twin at everything they do, including their hair) they seemingly prefer those numbers to be far apart. 30-year-old Mary-Kate brushed off the critiques of her marriage to her 47-year-old husband, Olivier Sarkozy, and now her sister Ashley has a new May/December relationship that everyone is buzzing about.

While apparently dodging an appearance on Fuller House, Ashley has been spotted around town with recently divorced artist George Condo. Not only are peeps interested in the fact that Ash may have a new man, but eyebrows are also raising over the fact that George, at 59, is a full 29 years older than his date. In fact, he has two adult children who are closer to Ashley’s age than his own.

According to Page Six, those around while the pair were recently spotted dining together at SoHo’s Balthazar thought perhaps that the Olsen sister “was dining with her grandpa…” (awkward!) “but they were holding hands and snuggling.”

Mary-Kate and Ashley certainly have a type, and apparently don’t care if anyone frowns on their May/December relationships.

What do you think about May/December relationships? Is there a significant age gap between you and your S.O.? Tweet us @BritandCo!