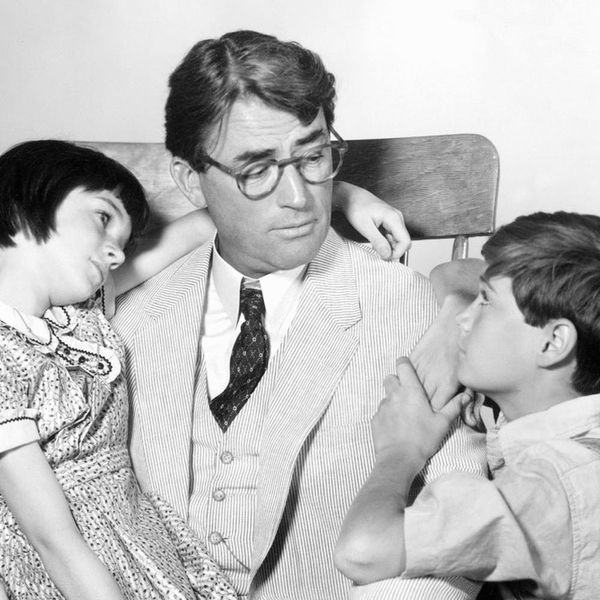 Atticus made major baby name news by topping Nameberry’s count of Most Popular Baby Names for the first half of 2015, on the publication day of the new Harper Lee novel casting the inspirational namesake Atticus Finch as a racist.

But it wasn’t until 25 years later that the name Atticus even registered on the Social Security roster of US baby names, given to a mere nine boys in 1986. Atticus did not appear on the US Top 1000 until 2004, skyrocketing in the decade since then to an official Number 370.

And now Atticus is the number 1 boys’ name on Nameberry, attracting the most searches by our visitors in the first half of 2015. It trumps Asher, our longtime number 1, as well as Ezra, another Biblical favorite.

Charlotte is the number 1 girls’ name on our 2015 half-year count, catapulted to the top by the newborn British princess. In second place for girls is Amelia, number 1 in England, with US favorite Olivia in third place.

The big question is whether Atticus can retain his popularity as a baby name in the light of the racist, ranting Atticus Finch portrayed in Go Set a Watchman, published recently as the long-awaited follow-up to Mockingbird. In the original book, Atticus Finch is a sensitive single father who defends a black man against a trumped-up charge in a bigoted world, but this heroic image is shattered in the current work. How many baby-namers enchanted with the name Atticus will choose the name anyway… or even be aware of the new negative portrayal of the once-saintly Atticus Finch?

To Kill a Mockingbird has been an unlikely influencer of baby names half a century after its publication, with not only Atticus but Harper rising up the popularity list. Harper stands at Number 56 on the 2015 Nameberry list but all the way up at Number 11 on the official US popularity list for girls.

The Nameberry popularity list tallies the most-visited of the nearly 40 million views of our baby name pages since the beginning of 2015. Rather than tracking names given to babies last year as the official US count does, it registers which baby names are attracting the most interest from expectant parents right now — which may translate to popular usage over the coming years.

What do you think of the top baby name of 2015? Share your thoughts in the comments below.

- -
Nameberry is the expert baby names resource, with thousands of names and unique lists, a vibrant community, and fresh content daily, all designed to help you find the baby name you'll love for a lifetime.
nameberry
Baby Names
nameberry
More From Baby Names