23 Audiobooks Read by Your Favorite Celebrities 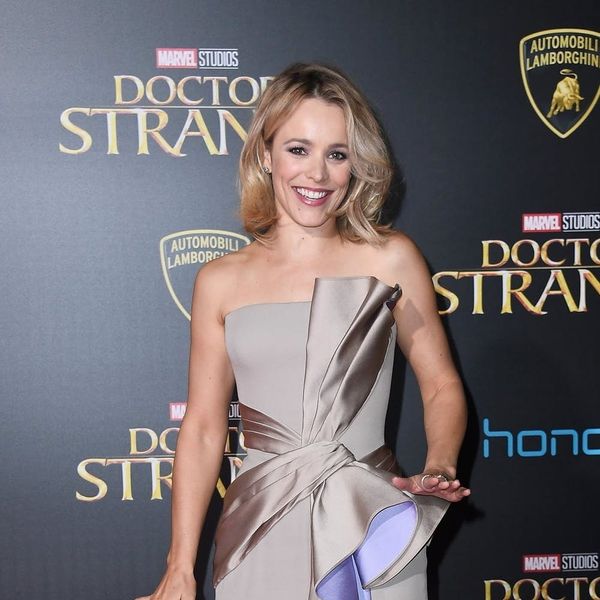 One of the few things better than reading a good book is having one read to you. And even better than that is having a celebrity do it. A-list actors have really embraced the audiobook trend over the past few years, letting their distinctive voices bring well-loved stories to life. Here are 23 A-list reads available on Audible perfect for a road trip, commute, or a Sunday morning when you just want to get some QT with your favorite celebs.

1. Jon Hamm, Stinker Lets Loose!: Based on a novelization about a little-known 1977 western film, Stinker Lets Loose! follows a “deep-fried fixer” named Stinker, along with a few pals and a monkey named Rascal, attempting to deliver a six-pack of beer to the president of the US. Sit back and enjoy the hilarity that ensues, as well as the vocal talents of the cast — Jon Hamm, Rhea Seehorn, Andy Richter, and Paul F. Tompkins, among others. Bonus: You’ll get to hear Jon Hamm giggle. Repeatedly. (Photo via Audible)

2. Claire Danes, The Handmaid’s Tale: Despite being written 30 years ago, Margaret Atwood’s dark tale of a dystopian future, where women are essentially property of the state, became eerily relevant when it was adapted into a TV show last year. With two Golden Globe wins and a second season premiering in April, the series has made its mark, and its message is not slowing down anytime soon. Re-immerse yourself in the story via the audio version, narrated by Emmy-winner Claire Danes. (Photo via Tommaso Boddi/Getty)

3. Anne Hathaway, The Wonderful Wizard of Oz: We’ve all grown up with the journey of Dorothy and her little dog too, but versatile actress Anne Hathaway truly brings the iconic journey to life, lending her voice as the narrator and all the characters in Oz. (Photo via Nicholas Hunt/Getty)

4. Maggie Gyllenhaal, Anna Karenina: Leo Tolstoy’s epic and tragic love story about an unhappily married countess is a must-read. But if you weren’t able to get through its thousand pages in high school, or just want to revisit the classic, listen to Maggie Gyllenhaal delve into what she says is one of her favorite books. (Photo via Andrew Toth/Getty)

5. Hope Davis, A Wrinkle in Time: If you haven’t seen any of the star-studded (Oprah! Reese! Mindy!) posters or trailer for the highly anticipated upcoming A Wrinkle in Time movie, we don’t know where you’ve been hiding. While you wait for the release, get a proper education in the time-traveling fantasy via actress Hope Davis’s excellently narrated version. (Photo via David Livingston/Getty)

6. Oprah Winfrey, What I Know for Sure: When Oprah speaks, people listen. What I Know for Sure is a collection of life lessons Winfrey penned as a column in her magazine over the course of 14 years. Hearing her recite them will fill you with awe, inspiration, and joy all over again. (Photo via Kevin Winter/Getty)

7. Rachel McAdams, Anne of Green Gables: The beloved tale of a plucky and spirited orphan sent to live on a farm has inspired numerous films, TV series, and musicals. Actress Rachel McAdams’s upbeat narration will help you relive your favorite childhood book. (Photo via Frazer Harrison/Getty)

8. Wil Wheaton, Ready Player One: Ernest Cline’s Ready Player One is social commentary wrapped up in a fun, sci-fi quest with plenty of throwback references to the ’80s. Before you catch Steven Spielberg’s movie adaption this March, do yourself a favor and dive into the audio version narrated by everyone’s favorite geek, Wil Wheaton (who is even briefly mentioned in one of the chapters). (Photo via Ari Perilstein/Getty)

9. Betty White, If You Ask Me: National Treasure Betty White just turned 96 years young, and you can legitimately say sliced bread (invented 1928) is the best thing since Betty White (born 1922). There is no better way to hear about seven decades of love, life, and television than directly from the Hollywood legend herself. (Photo via Amanda Edwards/Getty)

10. Reese Witherspoon, Go Set a Watchman: The discovery and release of Harper Lee’s second novel, Go Set a Watchman, thought to be a first draft of her famous To Kill a Mockingbird, was highly controversial (and, thus, highly successful). But for any fans of Lee that are looking for a thought-provoking take on Atticus and Scout, Reese Witherspoon’s audio version is worth a listen. (Photo via Kevin Winter/Getty)

12. Tiffany Haddish, The Last Black Unicorn: Tiffany Haddish had a breakout year in 2017, which included an outrageous role in Girls’ Trip and a historic turn as the first female comic of color to host SNL. Let Haddish entertain you with her autobiography, which chronicles both heartbreaking struggles and inspiring triumphs. (Photo via Nicholas Hunt/Getty)

13. Mindy Kaling, Why Not Me?: Mindy Kaling’s second book is another collection of relatable and often hilariously insightful essays. Listening to Kaling read them out loud is like hanging out with your wacky BFF. (Photo via Jonathan Leibson/Getty)

14. Nicole Kidman, To the Lighthouse: Nicole Kidman is no stranger to Virginia Woolf, having won an Oscar for her portrayal of the troubled writer in the film The Hours. In To the Lighthouse, Kidman once again embodies the words of Woolf, reading the story of the Ramsey family and their visits to their summer home between 1910 and 1920. (Photo via Alberto E. Rodriguez/Getty)

16. Tina Fey, Bossypants: Tina Fey’s book is a showcase of everything you love about the actress and self-proclaimed nerd: intelligence, wit, and weirdness. Fey’s narration is the icing on the cake. (Photo via Jim Spellman/Getty)

17. Amy Poehler, Yes Please: Like her pal Tina Fey, Amy Poehler has written a memoir full of charm and laughs. The audio version features the effervescent Poehler along with a whole crew of her celeb friends, including Seth Meyers, Carol Burnett, and Patrick Stewart. (Photo via Jason Merritt/Getty)

20. Samuel L. Jackson, Go the F–k to Sleep: Who better to narrate this profanity-laden mock bedtime story than Samuel L. Jackson? This audiobook is not appropriate for minors, but any adult with a sense of humor will love hearing Jackson as a parent desperately trying to get his child to sleep. (Photo via Jim Spellman/Getty)

23. Nick Offerman, The Adventures of Tom Sawyer: Actor and real-life woodworker Nick Offerman is the perfect choice to read this all-American story about a mischievous boy and his adventures growing up along the Mississippi River. (Photo via Tibrina Hobson/Getty)

From Your Site Articles
Lesley Chen