7 Awesome Dads in Literature Worth Celebrating 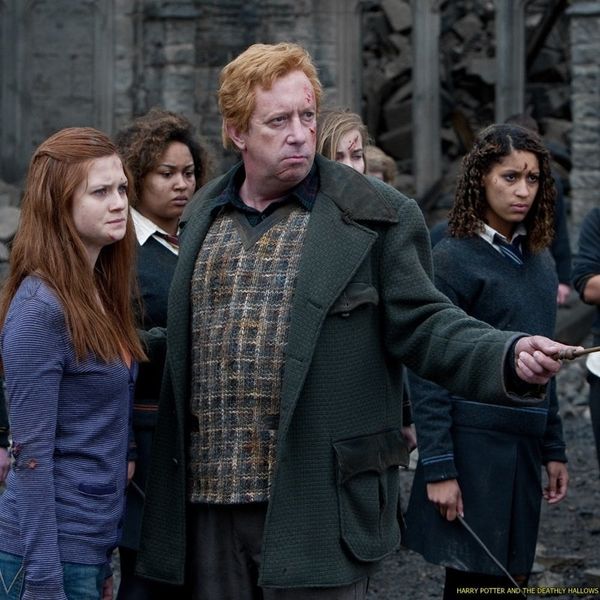 Literary heroines get a lot of credit around here (and they should), but we’re here to confess that we’ve perhaps neglected the male stars of our favorite books just a tad. What better group of men to honor this month than the fictional fathers of the characters we love? These are the guys dishing out valuable life lessons, drying the tears behind the scenes, and reminding our beloved protagonists to keep their chins up. In honor of Father’s Day, we’re giving seven of our favorite fictional fathers and father figures (say that five times fast) the credit they deserve.

1. Atticus Finch, To Kill a Mockingbird by Harper Lee ($15): What list of fictional dads would be complete without a major shoutout to the OG of fatherly wisdom and everyone’s favorite paternal (and legal… and moral…) hero? If there was ever a father figure on the stage, screen, or page who could inspire us to consider whether or not we’re being good humans as much as our real dads do, Atticus would be it. Mr. Finch is never one to shy away from what he believes is right and is a friend to the friendless. Plus, his close relationship with Scout makes us nostalgic for the days that we got to greet Dad every day after work. Atticus, we love you.

2. Arthur Weasley, Harry Potter series by JK Rowling ($87): In a magical world full of dramatic feats of bravery (and immense acts of evil), Ron Weasley’s dad, Arthur, stands apart as one of the most courageous. We all know that Harry tends to attract more than his fair share of danger and mischief, and Mr. Weasley gladly takes on responsibility for his son’s best friend anyway. He opens his home to Harry unconditionally, advocates for him with the Ministry of Magic, and walks the fine line between protecting the young wizard and giving him the information he needs to survive and succeed. Arthur is also a super fun chaperone for the Quidditch World Cup. Cool Dads FTW.

3. Pa Ingalls, The Little House series by Laura Ingalls Wilder ($63): Is there anyone gentler, wiser, or more capable than Charles Ingalls? Husband to Caroline (AKA Ma) and father to Mary, Carrie, and Laura (better known as Half Pint), Pa is most memorable for his kind lessons, his love for outdoor adventures, and his good humor in the face of the stresses associated with life on the unsettled prairie. He’s pretty much the model for dads of girls everywhere.

4. Mr. Bennet, Pride and Prejudice by Jane Austen ($8): Lizzy Bennet’s beloved father was the king of dad jokes before dad jokes were even a thing. Throughout the Jane Austen classic, he is overflowing with sarcastic, witty insights that any of us could picture our own fathers saying. Even more than that, while Mr. Bennet made his own share of irresponsible decisions in love, his progressive — for the time — wisdom about Lizzy’s own marriage plans is refreshing and key to our heroine’s own understanding of herself and her future. We like to think that Charles probably would’ve participated in the Women’s March on Washington if he was around in 2017.

5. Jean Valjean, Les Miserables by Victor Hugo ($9): Whether you’re more familiar with Victor Hugo’s written character or Hugh Jackman’s portrayal of him in the 2012 film adaptation of the Les Mis theater production, you know that, regardless of his other shortcomings, Monsieur Valjean is nothing if not devoted to the safety of his adopted daughter, Cosette. He might be just a little overprotective (let the girl out of the backyard, puh-lease!), but aren’t all of the best dads?

6. James Potter, Harry Potter series ($87) by JK Rowling: Unfortunately for us (and Harry, of course), we never actually get to meet our favorite wizard’s biological pops, but over the course of the seven original books in JK Rowling’s Harry Potter series, there’s a mythology built around James that lets us know that he’s the kind of guy we would want to hang out with. He was far from perfect (just ask Professor Snape), but his achievements at Hogwarts left an impressive legacy for his orphaned son, and he was beloved by his friends. And how can we forget the way he tried to protect Harry and his mother from You Know Who in the face of his own imminent death?

7. Mr. Lancaster, The Fault in Our Stars by John Green ($13): Hazel’s father is more of a background character in John Green’s 2012 YA bestseller, but his love and concern for his ailing daughter makes us all warm and fuzzy inside — and makes him an emotional leading man in our eyes. Mr. L is full of wisdom and helpful life perspective, and though he’s a bit more fragile than Hazel would like him to be, he holds his family together in the best way he knows how. Plus, he refers to the death of his daughter’s beloved boyfriend Augustus as “total b#ll$h!t,” which is more or less what we hope our own fathers would say under such dire, depressing circumstances.

Alli Hoff Kosik
Alli Hoff Kosik is a freelance writer who is passionate about reading, running, rainbow sprinkles, her lipstick collection, watching embarrassing reality TV, and drinking pink wine. She lives in Brooklyn with her husband and (in her dreams, at least) three golden retriever puppies. Listen to her talk books on The SSR Podcast.
Books
Creativity
Books Father's Day
More From Creativity