9 Baby Names an Expert Would Recommend 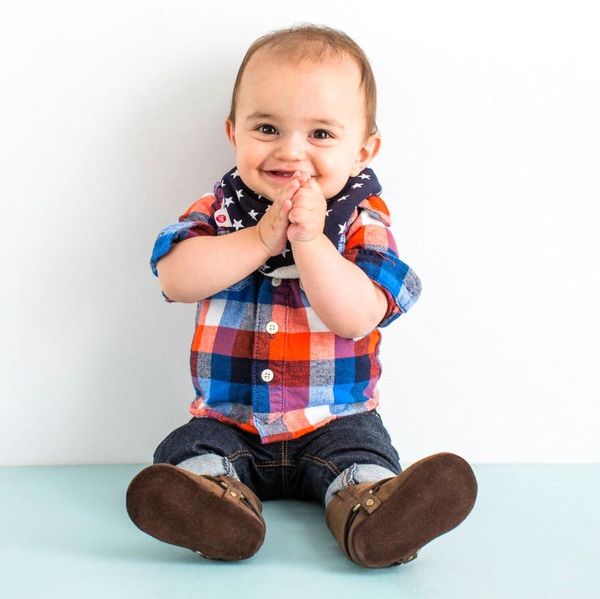 Are there baby names that you suggest to every expectant friend? Maybe they’re baby names that you can’t use for one reason or another. Or maybe they’re baby names you might consider for a future child — assuming your friends don’t follow your suggestions first. In the Nameberry forums and blog posts, we all get to share those names. Can berries influence the popularity charts? As I watch names like Maisie and Emmeline re-enter the US top 1000, I think that maybe all of those conversations make a difference. If you’re disappointed that Ava is so popular, berries will help you debate the merits of potential substitutes like Ida, Ada and Avalon.

I’d love to know the names that you can’t stop recommending. I’ll go first! These are the names that I often find myself shortlisting when drafting suggestions for Ask the Name Sage posts — so much that I have to edit them out!

The nine names that I can’t stop recommending are:

1. Marguerite – Whenever I look at the US top 1000, there are always a few names that seem to be missing. Marguerite tops my list of conspicuously absent girl names. We’ve fallen for Madeline and Genevieve. Margaret is on the upswing, along with Margaret names Maisie and Margot. Back in the 1910s, Marguerite was a top-100 staple. How can this name be so far under the radar in 2015? It strikes me as a great fits-in, stands-out name for parents disappointed that Vivienne has zoomed up the popularity charts.

2. Esme – Emma is number one, but the equally literary Esme ranks a mere number 816 in the US. Some parents may be concerned that the vampire matriarch from the Twilight series is too strong of an association, but J.D. Salinger’s Esme is the enduring character. When parents want something nickname-proof that’s less common than Ella or Chloe, Esme always comes to mind.

3. Coco – Some names seem like nicknames only. Others stand on their own. Ever since Courteney Cox and David Arquette named their daughter just Coco in 2004, I’ve seen this name as both — and suggested it as both, too. It works with so many formal names, including Cosima, Cordelia and my current favorite, Constance.

4. Adair – Take Harper, Addison and Claire, and blend. Adair is the logical outcome — but far less common than any of those three. Adair is originally a Scottish surname related to Edgar. Back in the 1980s, the soap opera Search for Tomorrow featured an Adair. I think it works beautifully as a first name. In 2014, it was given to 35 girls, as well as 33 boys, making this an overlooked surname name that could wear well for a son or a daughter.

5. Rory – Speaking of names that work well for boys and girls, how about Rory? It could be a nickname for Gregory, Aurora or Marjorie. Unlike some of my go-tos, this real Irish name is catching on === again, for boys and girls alike.

6. Peter – Looking for a rock solid traditional boys’ name? Parents tend to go for William or Henry or James. But I nominate Peter. Between Parker, Pan and Pete’s Dragon, there are plenty of appealing associations for a boy with the name. Since it was a top 100 name in the US through the 1970s, Peter can be found on lots of family trees, too. But at number 204, it’s much less common than many a classic choice.

7. Arthur – Arthur has quite a bit in common with Peter. Arthur currently comes in at number 306 — a chilly ranking for a former top-100 staple. But unlike Peter, Arthur has edged his way up the popularity charts in the last few years. Courteney Cox’s character Jules shortlisted it for an imaginary child in Cougar Town, and Selma Blair gave the name to her son in 2011. As regal as Rory, as traditional as Peter — why not Arthur?

8. Everett – Everett might be the name I’m most guilty of over-recommending. But here’s the thing — we love Evelyn and Oliver and Everly and Elliot, so it stands to reason that we would love Everett, too. The name ranks number 167, up nearly 200 spaces in just five years. The name could easily crack the top 100 again — a place it occupied in the 1910s and 20s.

9. Tennyson – I’ve loved Tennyson ever since Russell Crowe gave the name to his younger son in 2006. Animated series Ben 10 features a boy named Ben Tennyson. Between the two references, I expected Tennyson to leap, just like Harrison, and it has reached a new high. There were 47 boys named Tennyson in 2014, which means this one is still among the rarest of boy names.