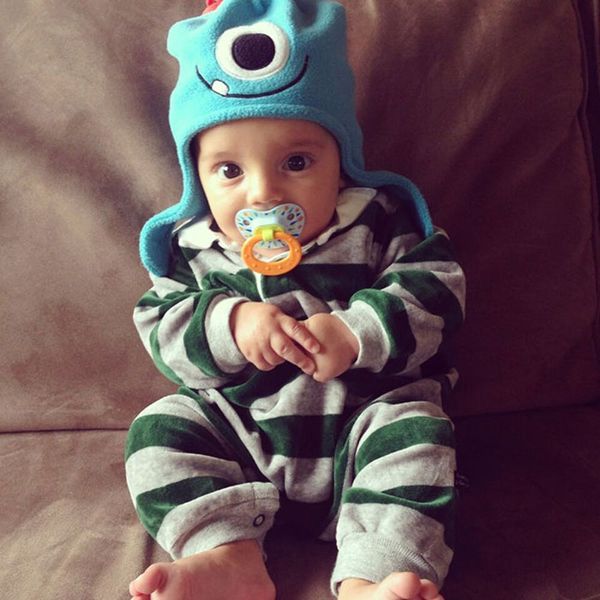 After more than 10 years of flying under the radar, these classic baby names are officially reborn. Parents everywhere have taken notice, and now, these 13 names are back on the top 1000 baby name list.

1.Bonnie — The Scottish word name Bonnie, which means pretty, was a midcentury favorite, reigning in the top 50 in the 1940s and 50s thanks to its use for the ill-fated little girl in Gone With The Wind. From there it went on a long decline, falling off the top 1000 baby name list in 2003 only to return this year at number 833. Why the comeback? It might be because its GWTT parent names Scarlett and Rhett are ascending decades after the book and movie, or because Bonnie was showcased in popular contemporary vehicles The Vampire Diaries and Hunger Games.

2. Clementine — Clementine has been fashionable in England for many years now, but for many American parents it’s been too closely tied to the folk song “Oh My Darlin’.” That’s finally changing, with Clementine back on the top 1000 after a more-than-60-year absence. Ethan Hawke and Rachel Griffiths are both parents of Clementines, and the name is also popular in France, its country of origin. In Europe, it’s sometimes pronounced clemenTEEN, but in the US it always rhymes with fine.

3. Cordelia — The lovely Shakespearean (she was the favorite daughter of King Lear) Cordelia hit its peak in the US way back in 1880, then went on a long slide to 1950 when it fell off the top 1000. Now it’s back at number 993, but we predict it will climb much higher thanks partly to its similarity to other new vintage darlings such as Cora and Adelaide. There was a character named Cordelia in Buffy the Vampire Slayer and its spinoff Angel.

4.Emmet — Emmet is a bit of a cheat given that it’s a variation on the more popular spelling Emmett, which has been climbing for three decades and is now all the way up in the top 200. But this sleeker spelling, off the top 1000 since all the way back in 1932, deserves its revival too. Emmet and variations owe their new life to mother name Emma, number one for girls.

5. Faye — Faye may not be more lovely than Fay, but more than ten times as many parents choose to use that e at the end, vaulting the Faye spelling into the top 1000 for the first time since the late 1970s. Whichever spelling you use, this simple, enchanting name means “fairy.”

6.Ford — Why has Ford suddenly broken its 60-year connection to the car company to rise back into the top 1000 as a baby name? It may be Owen Wilson’s choice of the simple, strong name for his son. Ford has been famous as both a first name and a last, sometimes for the same person — as with writer Ford Madox Ford. And it’s also presidential.

7.Judson — Judson is a handsome patronymic which may owe its revival to the popularity of Hudson and maybe Justin too. Meaning “son of Jordan” (or theoretically Judd or Jude), Judson peaked way back in 1880 and remained on the list for more than a century before falling off. We predict a climb back up through the ranks.

8.Khalid — One of the most enduring Arabic names in the US, Khalid climbed back onto the top 1000 in 2014 after more than a decade’s absence. The name means immortal and was most famous as a 7th-century military leader.

9. Leif — Whether pronounced as leaf or layf, Leif is back in the US after a nearly 30-year absence. The name was introduced to North America by explorer Leif Erikson and then popularized in the 1970s by teen idol Leif Garrett. Its appeal today may be partly nature-oriented.

10.Louisa — Lovely Louisa has finally made it back onto the top 1000 after nearly half a century, and it’s exactly the kind of ladylike vintage name that has the qualities to climb to the top of the list as sisters Olivia and Sophia have. Little Women author Louisa May Alcott may be an inspiration for modern parents looking for a literary namesake.

11. Rosalyn — Rosalyn is a midcentury spin on the classic literary name Rosalind, but it’s the variation that has risen back into the top 1000 and not the lovely original. Is it the True Blood character Rosalyn that championed this version of the name? Or perhaps the fashion for names that end with lyn?

12. Stevie — Stevie Nicks propelled her boyish short form of Stephanie onto the charts in the early ’80s, where it lingered for 15 years before going underground, only to reemerge last year with Ms. Nicks’ career. Stevie may be back in the limelight again also thanks to such stylish short forms for girls as Charlie, Sam and Frankie.

13.Thea — Sleek yet serious, Thea is a gorgeous goddess name that came from nowhere to vault onto the list all the way up to number 773 this year. The last time it was on the top 1000 was 1965, and it’s been underground for much of US baby name history, also swimming beneath the surface for the first half of the 20th century. Thea not only stands on her own, but can be short for so many other lovely names, from Theodora to Dorothea to Anthea.

What are your favorite classic baby names that have made a comback? Share your faves with us in the comment section below.