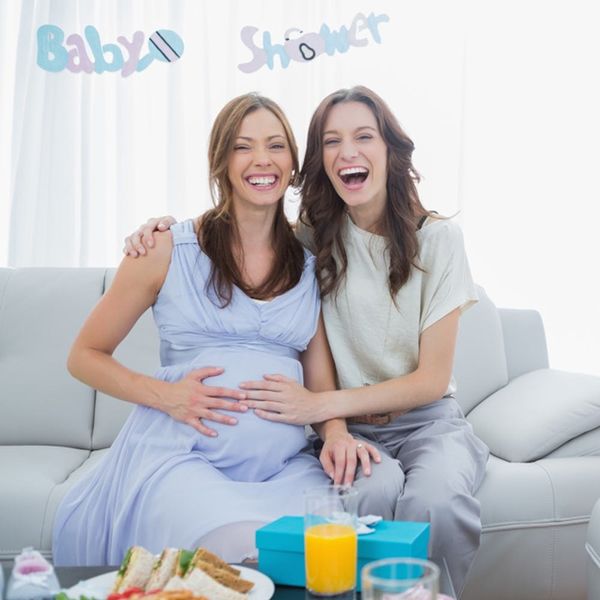 Your BFF is about to become a mama. Yay! In honor of her amazing ability to produce a human being, you’re throwing her a baby shower. It’s your time to show her how much she (and her growing little one) means to you. You’ve searched Pinterest for the best of the best in baby shower ideas, you’ve crafted like crazy, and you’ve DIYed yourself silly. Before the shower takes on a life of its own (and gets out of hand), check out these five mistakes you definitely don’t want to make when planning a fantastic party for the mom-to-be.

1. Too Baby-Themed: Not every mom-to-be is all about the baby theme. Your friend may have spent years trying for her first kiddo, but that doesn’t mean she wants a shower that’s decked out in duckies, pacifiers, and powder pink balloons. Some women are all in for a chill afternoon with friends, sipping on virgin daiquiris, and opening gifts. They don’t want diaper cakes. They couldn’t care less about shower games, and they definitely don’t want their friends receiving teddy bear-shaped invitations.

2. Not Baby-Themed Enough: Some women really do want a shower that’s decked out in baby-themed stuff. They crave crafty little favors that are wrapped in pink and blue bows, they beg for a three-tiered cake that’s covered in chicks and bunnies, and they can’t wait to play the “Guess how big the pregnant lady’s belly is” game. But that’s not your style, so instead of diapers, blankies, and binkies, you stage an uber chic fete you would love — even though it doesn’t match your BFF’s personality. Don’t forget who the party is for, after all. Tone down your style and play up hers.

3. Forgetting to Ask for Help: You’re typically a one-woman show, but this act calls for an ensemble. Yes, you painstakingly planned the shower. And yes, you’re the current on-site project manager, but don’t forget you’re not alone. Chances are that the expectant mama has a few other friends who would be sooo happy to help out. Whether it’s asking someone to record the gifts for thank-you notes or getting some help for the dozen or so DIY projects you have planned, don’t forget to recruit the troops to make the big day possible.

4. Over-Inviting: The shower guest list is starting to rival the one you made for your wedding. You’ve invited the mama’s super-close friends, and weeks later, you’re still adding more… and more… and more names to the list. It’s going way past the usual suspects. It now includes her coworkers (not just her lunch gossip group), her college roommate (who she hasn’t seen in 10 years) and 98 percent of her Facebook friends. Stop right there! Before you pack a ballroom full of the guest of honor’s so-called loved ones, make sure that you’re not going overboard. The mama-to-be will appreciate a comfortable, intimate setting much more than a jam-packed party filled with random people.

5. Getting Clique-ish: The tables are set and the place cards are put in the absolute perfect order. You’ve seated the mama’s sisters together, her work friends with one another, and the neighborhood moms in their own little area. Now everyone has their group, and they’ll all feel comfortable at the shower. Well, maybe not… it’s a party, and you want people to mix and mingle. Yes, you want friends to sit near friends, but you also want everyone to get to know each other. Break up the cliques and bring everyone together by seating them at one long table, serving up a family-style meal or playing group games.

Erica Loop
Erica Loop is a freelance writer living in Pittsburgh. When she's not busy creating kids' activities for her blog Mini Monets and Mommies, you can find her trying to hang out with her teenage son, being chased by her two Olde Boston Bulldogs or teaching a children's karate class (she's a third degree black belt!).
Baby Shower
Pregnancy
Baby Shower New Moms New Parents Pregnancy
More From Pregnancy