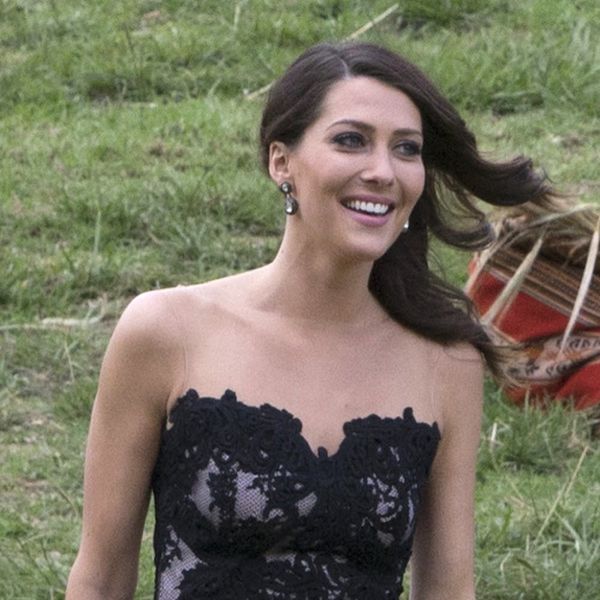 Warning: Spoilers ahead for the March 5 finale of The Bachelor.

The drama continues in Bachelor Nation. After a heartbreaking finale that saw Arie Luyendyk Jr. end his engagement to Becca Kufrin just weeks after proposing, Kufrin has spoken out on what went down, how it felt, and how she’s coping in the aftermath.

“There was a better and more tactful way to do it,” the 27-year-old publicist told People of the breakup, which ABC aired unedited as part of Monday night’s three-hour finale. “A breakup is hard enough, and to have it all filmed and have to rewatch it and know that people all across the country are watching you get your heart broken, it is embarrassing. It’s not fun. I wouldn’t wish it on my worst enemy. It was like a slap in the face.”

Just minutes before the split scene, viewers watched Arie send his runner-up Lauren Burnham home, then get down on one knee and propose to Becca while still in Peru. She accepted and seemed genuinely overjoyed by Arie saying he would “choose [her] every day” in their life together during his proposal. After filming ended and the couple returned home to the US, Arie changed his mind and left Becca to instead pursue a relationship with Lauren.

Becca told People that there were red flags from the very beginning of her engagement to Arie — namely, that he was still liking Lauren’s social media posts. She said she felt betrayed and jealous, but that they had honest conversations about Arie’s lingering feelings for Lauren and were working it out. Then, the night before Arie arrived in LA for what was supposed to be a romantic couple’s weekend, he turned off his phone. And while she had a feeling something was up, she was still shocked by what happened next.

“I never thought for a million years that once the going started to get tough that he would throw in the towel and jump ship and say, ‘Oh sorry, I changed my mind,'” she told People. “I didn’t think we were at that point whatsoever.”

The reactions to the finale, and to The Bachelor‘s decision to film and air the devastating breakup in the first place, were harsh. Viewers and fellow Bachelor Nation stars alike shamed the show and vilified Arie. But while Becca wishes that the whole thing had been handled differently, she said she harbors no hard feelings toward her ex.

“He’s a good person, I don’t think he’s a monster and purposely did this to hurt me and make me feel this way,” she said. “At the end of the day, I do forgive him.”

Becca, Arie, and Lauren will ll appear on the live After the Final Rose special tonight, Tuesday, March 6, at 8pm ET on ABC.

What do you think of how Becca handled the breakup? Let us know @BritandCo!