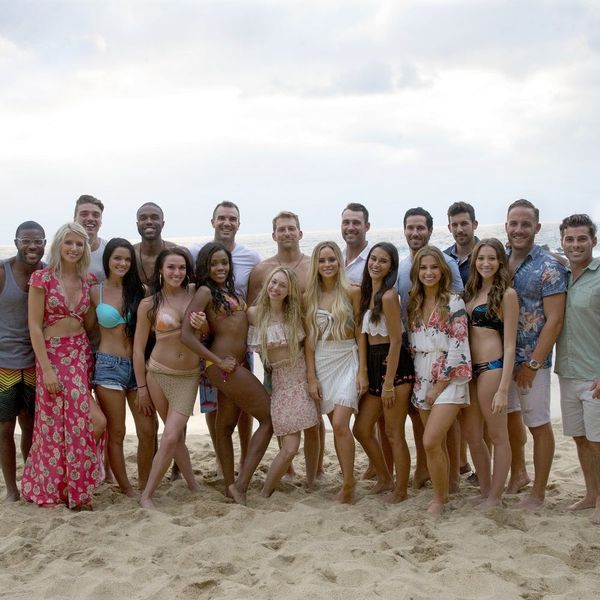 In a season full of scandal, it seemed like there was hope for love with at least a few contestants on Bachelor in Paradise this year.Amanda Stanton and Robby Hayes hit it off quickly and seemed to still be going strong after leaving Mexico — but after a brief romance, they’ve now split.

Stanton broke the news to Us Weekly on Thursday. “Robby and I are not together,” she told the mag, adding, “I’m not really sure how Robby’s handled the situation.”

The 27-year-old mother-of-two elaborated on the cause of the breakup in a chat with E! News at the filming of the BIP reunion episode. “He asked me to be his girlfriend, and after that, he never really treated me like I was his girlfriend. He was still going out with his friends all the time, and he kept going MIA for a few days,” she said. “It was just a confusing situation.”

Stanton told Us Weekly she was “skeptical” about Hayes from the start. Bachelor Nation fans will remember that her ex-fiancé, BIP season three contestant Josh Murray, was once friends with Hayes, which made things a little awkward initially. “I wasn’t interested in him at all and I was off limits to him because he’s friends with Josh,” she recalled to Us. “We just kind of talked a little bit during the break and we just kind of enjoyed talking to each other, I think. And then we just started hanging out more and more and then it just started turning into something.”

Alas, that something was short-lived. Stanton does hope to one day be friends with Hayes, but they’re not there just yet. She told E! that even though she’s tried reaching out to her now-ex, he’s been pretty silent in the communication department.

“I think there’s so much to relationships,” she shared, “and I’m just at this point in my life where I’m like, it’s OK. … I don’t want any awkward tension between anybody. So I hope we can be friends.”

Have you ever been ghosted by an ex? Tell us how it went down @BritandCo.

Kat Armstrong
Kat has been a writer, social media maven and mom for longer than she's willing to admit. She's also spent time in front of and behind the camera, interviewing celebs, politicians and acting as a producer for fashion and artistic photography shoots. When she isn't writing for various orgs and publications, she's hanging with her kids, husband and French Bulldog, Peter, in Toronto, Canada.
the bachelor
TV
the bachelor The Bachelorette