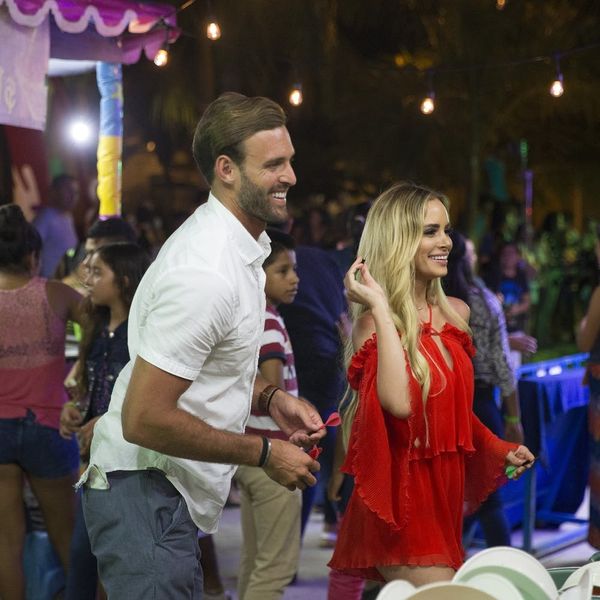 Amanda Stanton and Robby Hayes’ Bachelor in Paradise romance may have been brief, but it looks like they had more than enough drama to keep them busy during their short time together — and the rumor mill is still going strong, even if their relationship isn’t. As fans saw in a promo for next week’s BIP finale, Hayes faces cheating accusations at the reunion show. In the short clip, he denies that there’s any truth to them, only to have twins Emily and Haley Ferguson confront him about “what happened in Colorado.” Now, Stanton is sharing her side of the story.

“I’ll explain the backstory a little bit for that, because it’s kind of confusing,” Stanton told Entertainment Tonight at the Bachelor End of Summer Party in Santa Monica, California, on Wednesday.

“Basically what happened was there was a night where he was out in Colorado in Denver, and he was supposed to come home that night, but he had missed his flight and his phone died and I didn’t hear from him for a whole day,” she began. “And then the next day he had called me in the morning and he was like, ‘Sorry, my phone died.'”

However, that might not have been the full story. “Later that day, a girl said he was at a Zac Brown Band concert and sent me photos of him looking like they were making out all over each other,” Stanton told ET. Hayes denied to her that anything happened, and Stanton said “it doesn’t really matter” at this point. But she did say that “the photos look like their mouths were touching.”

Hayes was asked about the rumors too, and though he has “no comment at this time,” he won’t be staying silent for long. “[There will be a comment] soon,” he told ET, adding, “[There’s] a lot I’d like to say.”

We’ll find out more about Stanton and Hayes’ relationship when the Bachelor in Paradise season four finale airs Monday at 8pm ET/PT on ABC.

Who was your favorite couple on BIP this season? Let us know @BritandCo!