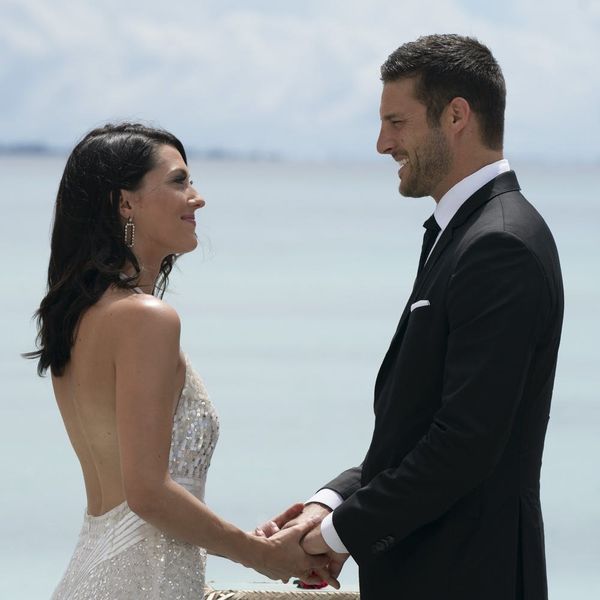 The Bachelorette season 14 finale saw leading lady Becca Kufrin get engaged to Garrett Yrigoyen, and while fans had mixed feelings about the pairing, many of the show’s former stars took to social media to congratulate the happy couple.

Some of the men competing against Yrigoyen throughout season 14 were among the first to send their love to Kufrin and her fiancé. Colton Underwood, who was involved in a little drama this season when it was revealed he had dated Kufrin’s Bachelor costar Tia Booth, tweeted that the engagement was “making him so happy,” though he later joked that by “B & G,” he actually meant “biscuits and gravy.”

This is making me so happy. B & G forever.

In regards to B&G:

Bekah Martinez, who also competed on Arie Luyendyk Jr.’s season of The Bachelor, supported her friend, who she said seemed “over the moon.”

Becca seems over the moon. Congrats pretty girl. You deserve it ❤️

Jason Tartick, who finished in third place, was all class as he pointed out how happy Kufrin and Yrigoyen looked. “‘Cheers to health, wealth, love, happiness and all the time in the world to enjoy it,'” he tweeted.

That’s the glow of happiness everyone deserves, congratulations Becca & Gman! So happy for you two! 🥂❤️🥂

“Cheers to health, wealth, love, happiness and all the time in the world to enjoy it” toast cred to Grandpa Lenny!

Another of Becca’s initial suitors, Connor Obrochta, who came in seventh place, called the engagement a beautiful sight and said. “I love to see love.”

A number of well-known contestants from previous seasons also shouted out their congrats to the couple. Evan Bass all-caps’d his message of excitement, saying that Kufrin deserved “a freakin’ fairy tale.”

And Vanessa Grimaldi, who got engaged to (and eventually broke up with) Nick Viall on The Bachelor season 21, said Becca deserved “all that love and more.”

Couldn’t be happier for the beauty @thebkoof for finding her man!!! You deserve all that love and more ❤️

While much of Bachelor Nation supported Becca, other former contestants quietly expressed their disappointment in the outcome. Grocery Store Joe, who will appear on the upcoming season of Bachelor In Paradise, retweeted comedian John Mulaney’s “Becca no” plea. By the sounds of it, support for Horstmann to be the next Bachelor is already well under way — Bekah M. even tried to get a #BlakeForBachelor campaign off the ground.

What do you think of Bachelor Nation’s reaction? Let us know @BritandCo!