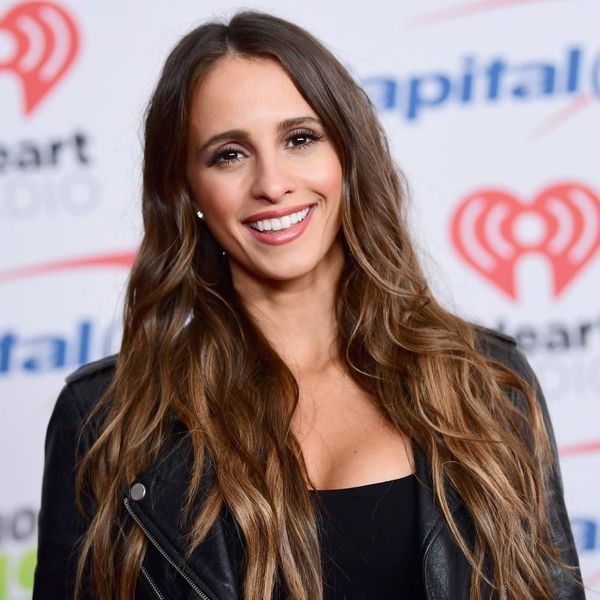 Vanessa Grimaldi has spoken before about how difficult it was to “pick up the pieces” after ending her engagement to The Bachelor’s Nick Viall. But while the process of moving on with a broken heart hasn’t been easy, the reality star still has fond feelings toward her ex.

“The breakup wasn’t easy,” the 29-year-old told Entertainment Tonight at KIIS FM’s iHeart Radio Jingle Ball 2017 in LA on Friday. She added, however, that she and Viall were determined not to let any bad blood form between them. “It was important for me still to have a good relationship with him after we broke up. That was an important thing for the both of us,” she said.

When it comes to the current status of their relationship, Grimaldi told ET that they “both very much support each other,” and are still in contact. “[We talk] every once in a while,” she shared. “I have a lot of respect for Nick.”

She’s also supportive of his burgeoning acting career. While we don’t know what she thought of his guest spot alongside Minnie Driver on Speechless, she apparently has no doubt that he’ll be awesome in whatever endeavor he takes on. “That’s what he wants to do and anything he puts his head to, he’s going to succeed at, so I wish him all the best,” she told ET.

As for her own projects, the Montreal native told reporters that she’s keeping busy. “I’ve been loving life. I’ve been between Montreal and LA. I have my foundation No Better You and and we’re helping out poor schools in Montreal and we’re going to open more sensory rooms and have a fundraiser in the summer,” she told Us Weekly. “I’m heading down to do the ribbon cutting ceremony at one of the sensory rooms, one of the schools, so I’m really excited about that. That feels like it’s really been a big accomplishment for the team.”

She also told ET that she’s single, contrary to rumors that she’s dating hockey player Brendan Gallagher. And although she’s unattached, she doesn’t have any plans to appear on The Bachelor’s latest reality TV spinoff, Winter Games. (Of course, as fans of the franchise know well, that could change.)

Some of the greatest women in franchise history will be competing in #TheBachelor Winter Games. More announcements coming soon…

If she did pop up on the fun-filled competition-based show, she’d be joining other Bachelor Nation stars from both the US and beyond, including Peter Kraus, Luke Pell, Jordan from New Zealand, and one particularly ripped and tattooed shirtless dude. We wonder if Grimaldi could make a love connection with one of these fine fellas.

Which Bachelor Nation alum would you match with Vanessa Grimaldi? Let us know @BritandCo!