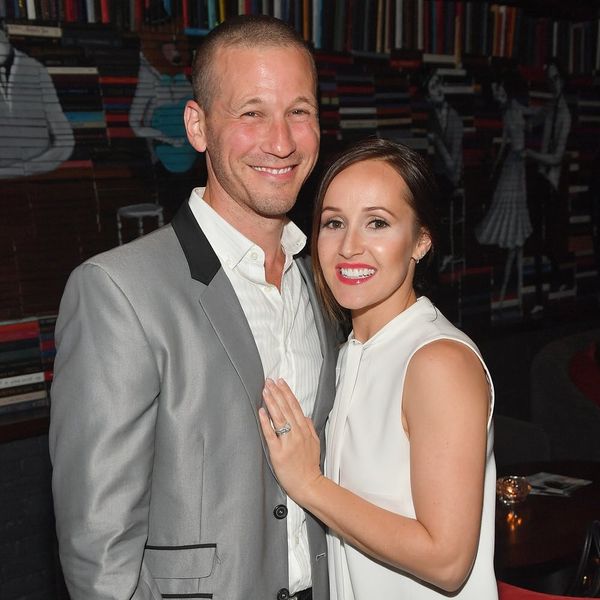 Ashley Hebert and J.P. Rosenbaum are one of the too-few Bachelor franchise success stories. Seven years after getting engaged on season 7 of The Bachelorette, the couple are still going strong. In fact, they recently held a vow renewal ceremony on a beautiful Caribbean beach.

“Thanks to our vow renewal, we are good for at least another 5 years!” Rosenbaum joked on Twitter, posting a gorgeous photo of him and his wife sharing a seaside kiss after the ceremony in Aruba. Hebert shared a shot of her own on Instagram, showing the couple kissing under a trellis adorned with colorful tropical flowers.

Hebert first appeared on season 15 of The Bachelor, starring Brad Womack, then took a turn as the leading lady on The Bachelorette in 2011. The season ended with a proposal by Rosenbaum, and the couple married the following year in a televised wedding.

Their relationship hasn’t been without their ups and downs — they did a brief stint on Marriage Boot Camp: Reality Stars in 2017 — but they’re clearly committed to going the distance. Together they share two children, son Fordham, 3, and daughter Essex, 1, who joined them on the Caribbean beach for the ceremony.

The vow renewal was part of an Aruba tourism event where couples from around the world gathered to say their “I dos” once again. Other reality stars such as Real Housewives of Orange County star Lydia McLaughlin and husband Doug McLaughlin also took part.

Congrats (again!) to the happy couple!

What do you think of Ashley and J.P. renewing their vows? Let us know @BritandCo!

(photo via Rodrigo Varela/Getty Images for WE tv)