This Infographic Reveals How Much Your State Loves Bacon 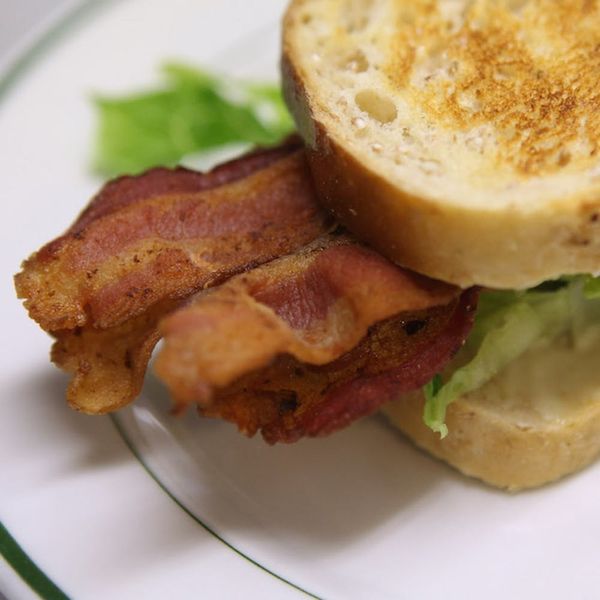 Instagram is not the place to go if you’re hungry. Instagram food photographers are upping their food photography and styling game these days, using the best tips, tricks and apps to make your mouth seriously water. But have you ever paid attention to what kinds of food the people around you are posting about? Chances are bacon has popped up in at least a few posts, but exactly how much Instagrammers love it varies by state, according to Ginny’s.

Ginny’s even took things a step further, adding in some handy bacon facts. Did you know that Las Vegas is home to the United Church of Bacon, whose eighth commandment is “praise bacon”? Or that Montana has an annual Baconfest that describes itself as a “bacon extravaganza of gluttonous proportions? BRB, buying a plane ticket to Montana. Here’s one you weren’t expecting: “Researchers at Oregon State have been working for 15 years to create a quick-growing strain of seaweed which tastes like bacon.”

How does your state rank in bacon love? Tweet us @BritandCo and let us know!

Kylie Kendall
Kylie is a freelance writer living in Ottawa, Canada. When she's not writing, you might find her scoping out all-day breakfast spots in her city or taste-testing every bottle of red wine under $10.
Comfort Food Recipes
Recipes
Comfort Food Recipes Infographic
The Conversation
Reviews:
More From Recipes