This 7-Year-Old Syrian Girl Is Your Next Favorite Author 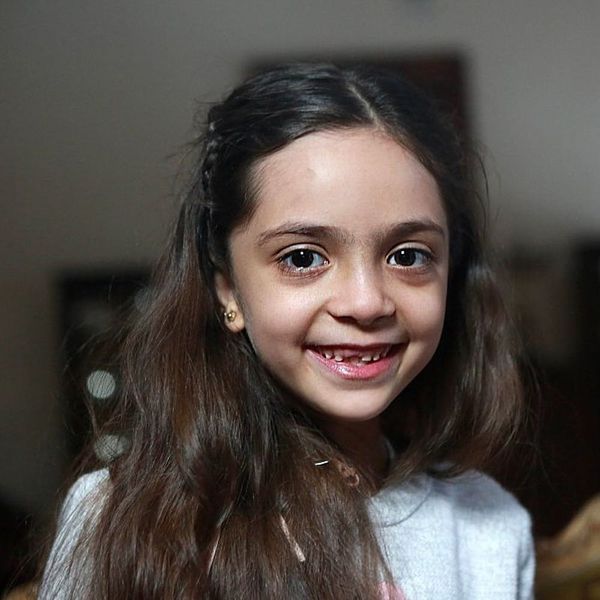 Bana Alabed is a young heroine on a mission to shine a light on the atrocities happening in the besieged city of Aleppo — all while going to school, doing chores, and reading her well-loved copy of Harry Potter. Yes, this seven-year-old #girlboss, whom The Washington Post has described as “our era’s Anne Frank,” recently gained international attention for her Twitter account where she bravely described the ongoing violence taking place in her hometown. When their family home was destroyed (after their local region was recaptured by Syrian President Bashar al-Assad’s forces), Bana and her family were forced to flee the country and are now settled in the neighboring country of Turkey. Now that the family is safe and breathing a little easier, Bana has decided to recount her life thus far in her very own childhood memoir called Dear World — and we cannot wait to binge-read it.

Bana lost her best friend, her school, her home, and her homeland, and her story offers readers a unique insight into one of the biggest humanitarian crises in history. In her upcoming book, set to be released in September by Simon & Schuster, Bana describes her experiences in Syria, as well as how her family is adapting to their new life in Turkey. “I am so happy to have this opportunity to tell my story, and the story of what has happened in Aleppo, to the world,” said Bana. “I hope my book will make the world do something for the children and people of Syria, and bring peace to children all over the world who are living in war.” While the book will mostly feature Bana’s story told in her own words, it will also include short chapters from her mother, Fatemah (an English teacher and global peace activist who helps her daughter manage her mega-popular Twitter account). (Photo via ADEM ALTAN/AFP/Getty)

“Like so many others, I was completely captivated by Bana’s tweets from Syria, which were harrowing and heartbreaking, and put a human face to this terrible quagmire,” says Simon & Schuster’s Senior Editor Christine Pride. “Recalling iconic young heroines such as Malala Yousafzai, Bana’s experiences and message transcend the headlines and pierce through the political noise and debates to remind us the human cost of war and displacement.” (Photo via THAER MOHAMMED/AFP/Getty)

Are you pre-ordering a copy of Bana’s new book? Tweet us by mentioning @BritandCo.

Ashley Macey
Ashley Macey is a lifestyle freelance writer who loves all things fitness, wellness, and creativity. When she's not exploring her home in the Pacific Northwest with her dog Max, you'll probably find her curled up with a good book and some hot tea. Follow her daily jaunts on Twitter.
Books
Creativity
Books Girlboss Politics
More From Creativity