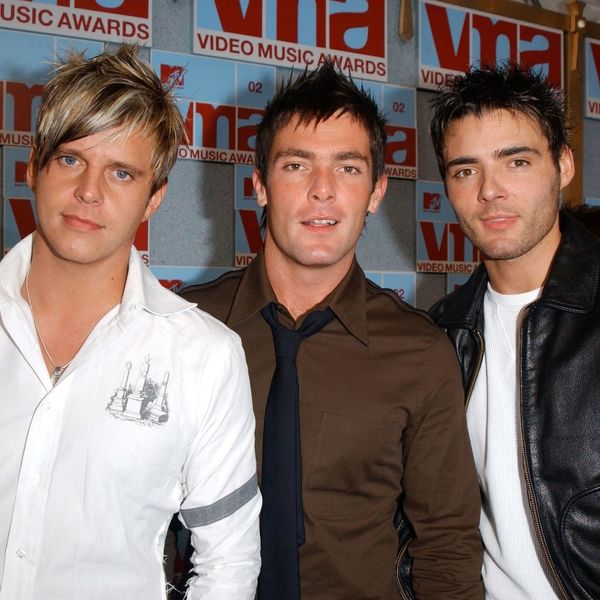 BBMak is back! On Tuesday, August 28, the British boy band announced a reunion tour and promised new music is on the way as well.

“Back in the day we were like brothers, and we’re dear friends still to this day because we’ve stayed in touch,” band member Christian Burns told People. “We’ve seen some of the other bands come back and having a good time performing, and we missed it. We had done some songs on our own and we thought, ‘We have some songs here.’ It just felt like the right time to do it.”

The group, which consists of Burns, Mark Barry, and Stephen McNally, was originally active from 1999 until 2003, when they went their separate ways. They were best known for their smash hit “Back Here,” as well as “Still on Your Side,” and “Miss You More,” which appeared on The Princess Diaries soundtrack in 2001.

Back in March, BBMak confirmed a reunion on Twitter, telling fans that some exciting news was on the way. In the months since, they’ve been posting throwback clips of past performances and pictures to tease the official announcement, which confirmed that they will be touring as well as recording new songs.

The group said that their new music will retain a guitar-driven sound — backed, of course, by those three-part harmonies. But they’ll perform some of their older hits, too.

“At the time the song was out we didn’t realize it was going to be such a classic,” Burns told People of “Back Here.” “Billboard put us as one of the top 10 boy band songs of all time. People still hear it on the radio and TV. It was a magic song for us, so we look forward to performing it again.”

The group will be playing some initial shows on November 13 at New York City’s Gramercy Theatre, November 15 at Chicago’s House of Blues, and November 19 at Los Angeles’ Belasco Theatre, with a full 2019 tour to follow.

Are you excited to hear that BBMAK is back? Let us know @BritandCo!