Why Beer Pong Is About to Get Way Less Gross 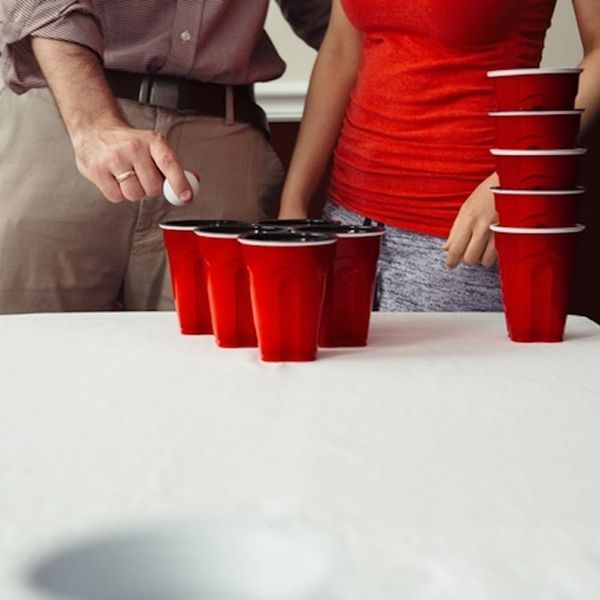 So you’ve set up the table, you’ve got a group of great friends around and everyone is stoked about playing a good old game of beer pong. A few rounds in, and the table is covered in beer, the floor is now a slip-and-slide and everything within a twenty-foot radius of the table is a sticky mess. Wouldn’t it be great if there was a way to play beer pong without the messy beer part? Well, we’ve found the most amazing solution that will keep your patio mess-free even after ten rounds of the most robust ball tosses.

The Slip Cup is an extra cup that you insert into your classic Red Solo that catches the ball and prevents it from actually hitting the beer in the cup. Ta-da: You get the pong point without any spillage. Not only is there no more splashing, but the Slip Cup is also center-weighted, so the cup itself won’t fall over. Don’t worry, beer pong aficionados: The rims are so thin, there is no way they’ll affect your shot.

According to the Kickstarter project, a group of Clemson University students tested ping pong balls being used in beer pong games across campus one weekend and discovered that the balls are actually teeming with dangerous bacteria like salmonella, listeria, E. coli and staph. If that’s not a convincing enough reason to buy Slip Cup, we don’t know what is! With only a couple more weeks left on Kickstarter and plenty of backers, we are crossing our fingers that Slip Cup hits shelves ASAP so we can enjoy some mess-free beer pong this summer.

What do you think of this beer pong invention? Share your thoughts in the comments below!

Kate Thorn
Kate Thorn is an illustrator, foodie, photographer, and blogger at Create & Kate. She loves creating art, traveling, and all things chocolate. A native to the Great Northwest, she is currently living in London and pretending to be a mature grad student.
Kickstarter
Home News
Kickstarter