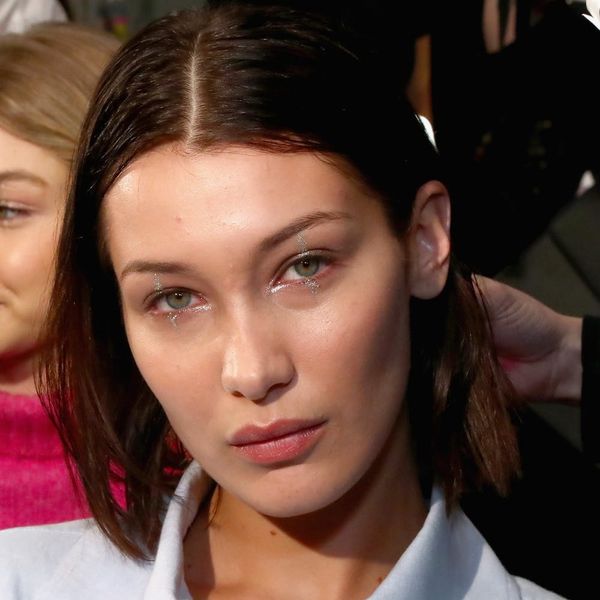 It was almost one year ago that Gigi Hadid was attacked by a male stranger after leaving a fashion show in Milan, which resulted in the model unleashing a beatdown on him. For sister, Bella Hadid, however, a recent incident with the paparazzi went in quite the opposite direction. Instead of defending herself against a(n over-aggressive) photographer, Hadid, 20, ended up defending the pap when her own security guard got a little too handsy.

The incident occurred after the NYFW staple strutted her stuff for the Michael Kors’ spring 2018 show. When the Vogue Brasil covergirl was making her exit, she was immediately swarmed by a mob who wanted to snap her pic, prompting a security team of at least five to jump into action.

The group kept everyone at a distance while aggressively shouting at the mass to “MOVE!”, but when one guard reportedly pushed a woman aside, the model had a fierce reaction. Grabbing his shoulder, she shouts, “Hey! Do not! Can you please don’t touch her!” she can be seen saying in a video that was captured by TMZ. The model then turns to the woman to ask, “Are you okay, are you okay?” before again telling the guard in no uncertain terms, “Don’t touch her.”

Though the man insists he wasn’t touchng the woman, it’s clear that any unnecessary roughness, even in the name of her own safety, is NOT appreciated by Hadid.

Kudos to Hadid for acknowledging that the safety of others is just as important as her own and speaking up when it counts.

What do you think about the bodyguard’s action and Bella Hadid’s response? Let us know @BritandCo!