Benetton’s “No Girls Allowed” Comment Has the Internet Seriously Angry 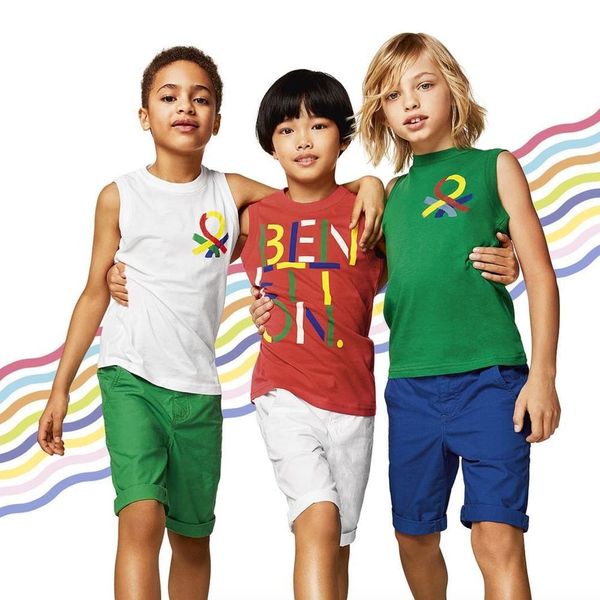 Another day, another fashion controversy. This time, the brand in question is United Colors of Benetton, the socially minded brand you were obsessed with as a teen. They are currently under fire for posting a photo of three boys that, while admirable for showing diversity, is raising some eyebrows for its accompanying caption.

“Sorry ladies. Girls not allowed!” the caption of the post read. Commenters were quick to share their reactions, with one writing, “That caption is So inappropriate compared to that cute pic. You did not choose wisely. Shame shame,” and another writing, “Didn’t your whole message used to be about inclusivity? Sad.”

To others, it was completely innocuous, something that the boys in the He-Man Woman Haters Club from Little Rascals would say. One supporter wrote, “This is a harmless ad that is poking fun at how boys at that age call girls yucky, nothing more, nothing less. People need to stop making everything something to fight about.”

The brand later apologized in a comment writing, “We’re very sorry that our message struck the wrong chord with some of you. We only meant to be playful in this post, and we apologize if we have unintentionally offended anyone. We certainly did not intend to be sexist. In fact, we take pride in the fact that United Colors of Benetton has always promoted gender equality, which we firmly believe is necessary for building a better world. This is precisely why we launched — in 2015 — the Women Empowerment Program, a long-term sustainability program aimed at supporting and empowering women worldwide.”

What do you think of the caption? Sexist or cute? Tell us @BritandCo!

Shea Lignitz
Shea can be found in the nearest bookstore or brewery, exploring the great outdoors, or blasting Led Zeppelin. She grew up in the cold and rain of Northern California's redwoods but is currently wandering around Texas.
Controversy
Style News
Controversy Designer
More From Style News